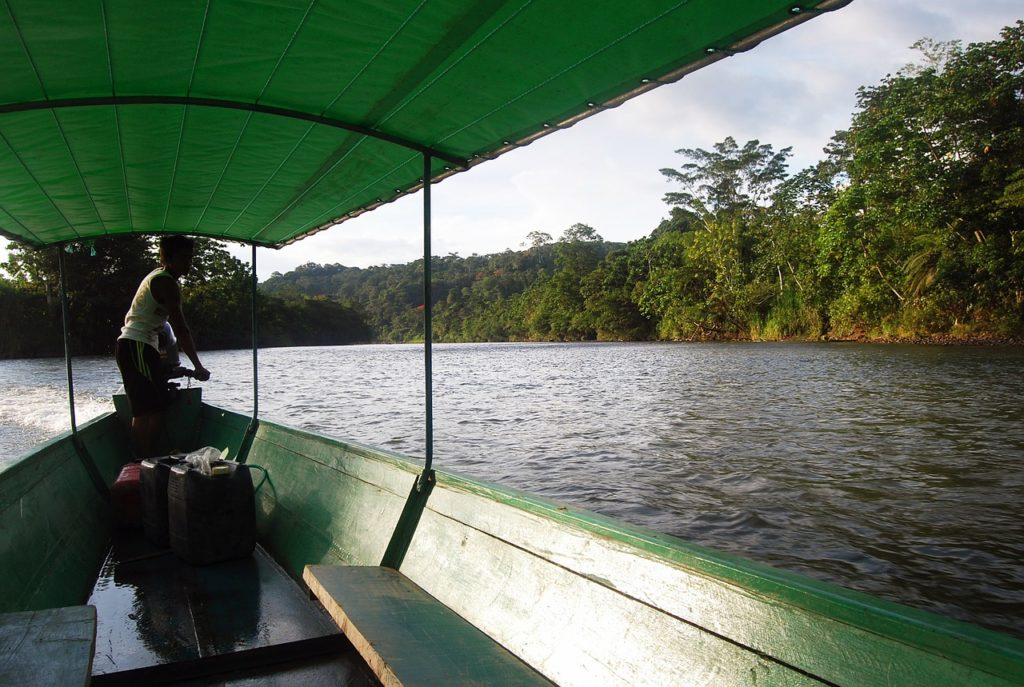 Ever since I was a young girl, I’ve dreamed of visiting the Amazon Rainforest. Whether it was the nature shows on the Discovery Channel or birthday dinners spent at the Rainforest Café, an Amazon themed-restaurant, the animals, the sounds of the rain and seeing all the colors come together to form a unique ecosystem, fascinated me. I knew that it was a place I was meant to see and I’d go as soon as I was old enough.

Fast forward two decades, and I was finally heading to the Amazon. But I wouldn’t be going on a touristy excursion or staying at an eco-resort in the jungle as I had imagined when I was a little girl. Instead, I was visiting the family of my boyfriend Max, who lived in Lago Agrio, a developing city that sits in the Amazon River Basin in the eastern region of Ecuador, known as “El Oriente.” I’d be experiencing this region more or less like a local, but I wondered– would I see the Amazon I had always envisioned?

When we arrived in Lago Agrio on a December evening, the heat hit us like an open oven. Despite the heat, the voluminous trees and the sounds of the croaking creatures at night, Lago Agrio also felt like any other city at night, with the sounds of cars driving by and people talking outside on the street. Many cities sit in the basin, but the most popular ones for tourists in the Ecuadorian Amazon are Coca and Tena, and not Lago Agrio, which was once home to the oil refineries of Texaco, now owned by Chevron.

After we arrived on the first night, we drove around the city with Max’s family, admiring the foothills of the rainforest, and examining the oil rigs. Although I knew the Amazon was not all jungle and animals, seeing the oil rigs and the deforestation in person was hard.

Seeing Wildlife in a Local Park

The next day, provided a respite. Max’s cousins took us to a local park, Parque Perla, where we followed a trail around the river, and saw the creatures we had heard the night before. At the entrance, a toucan welcomed us and took a nibble of my finger. Monkeys and birds looked down at us from the tree canopies, while large frogs, spiders, and massive ants carrying leaves three times the size of their bodies, marched beside us. After a short hike, we took a canoe ride on the river, which was shimmering with the reflection of the blue sky above. I was glad to have visited spots that the tourists haven’t quite flocked to yet, but I wanted to see the rainforest that I had built up in my mind for so long.

A Trip Deep into the Jungle

My wish was granted when a few days later we piled into the car with Max’s aunt and uncle and drove deep into the jungle. At one point, Max’s uncle pulled over to the side of the road to pick a cocoa bean. Its large size was almost cartoonish. He broke it open and showed us how to scoop out the sweet, white stringy inside, cocoa fruit in its rawest form.

The paved road eventually ended, and we continued on a bumpy dirt path deeper into the rainforest, until we reached a river next to a building with a sign above the main door that said “Museo Cicame.” Inside, a tour guide led us through the museum, explaining the different artifacts and images, which included tools, sculptures, and cookware that belong to the indigenous tribes in the area.

After touring the museum, we went to the banks of the river where several small fishing boats were docked. Max’s aunt and uncle knew the place well and after a short exchange, a fisherman ferried us to the other side, where I felt like we had arrived at a different world. We were in a village belonging to the indigenous Cofan tribe.

We walked to the center of the village, where there were a makeshift basketball court, huts, and a one-room school with a globe and Spanish vocabulary sheets hung on the walls. Kids and teenagers were playing outside or sitting around with their cell phones, like teenagers everywhere.

Because my boyfriend’s uncle had been here before, he knew where to go for lunch. At one of the huts that looked like a house, we ordered Coke and beer from a friendly woman, who also served us a plate of chicken and rice with plantains. It was absolutely delicious.

The woman told us about the daily life of the tribe — where the kids go to school, what the different roles are for the men and women in the tribe, and which families live where. She also introduced us to her daughters who were wearing magnificent dresses, made of colorful textiles, sewn together in gorgeous patterns and adorned with beaded jewelry. She told us that she and many other members of the tribe have studied in the big cities of Ecuador, including Cuenca and Quito. After finishing their education, many come back to live with their families in the tribe, which, of course, isn’t much different than the lives of students all over the world.

A Visit to the Shaman

The heat was finally starting to get to me; there was no longer a part on my body that wasn’t sticky from sweat. I wanted to see more, but I was also ready to go back, even though I had yearned to come to the “real” rainforest. There was one more thing Max’s uncle had planned.

He led us to the village Shaman, who was also the chief of the tribe. I was surprised when I saw his face, because I had seen his photo in the museum we visited earlier. Clearly, he was a very famous person in this region. The Shaman did a cleansing ritual on each of us, designed to get rid of bad energy. During the ceremony he hummed steadily, shook banana leaves from the left to the right side of us, and blew cigarette smoke over the top of our heads.

Afterward, we started on the long journey back to Max’s family home. As we drove alongside the river, we passed a boy who was coming back with the day’s catch. He had a huge smile plastered across his face when he showed us a large fish he had caught. Max’s aunt paid the boy $10 for the fish, and we ate it that evening fried with breadcrumbs, a side of veggies and rice.

My trip to the Amazon may not have been what I envisioned as a child, but I got to experience so much more than I could have imagined, by doing it with locals. 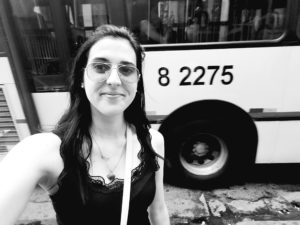 Hana LaRock has been a freelance writer for more than five years, and enjoys writing mostly about travel. Originally from Long Island, New York, Hana got her degree from the University of Hartford and after graduation, she moved abroad to South Korea. She has been traveling ever since and has visited nearly 30 countries. Hana is currently based in Mexico where she enjoys spending time with her family, cooking spicy dishes, and reading memoirs (when she’s not re-reading the Harry Potter series).

1 thought on “The Ecuadorian Amazon: Visiting with a Local”