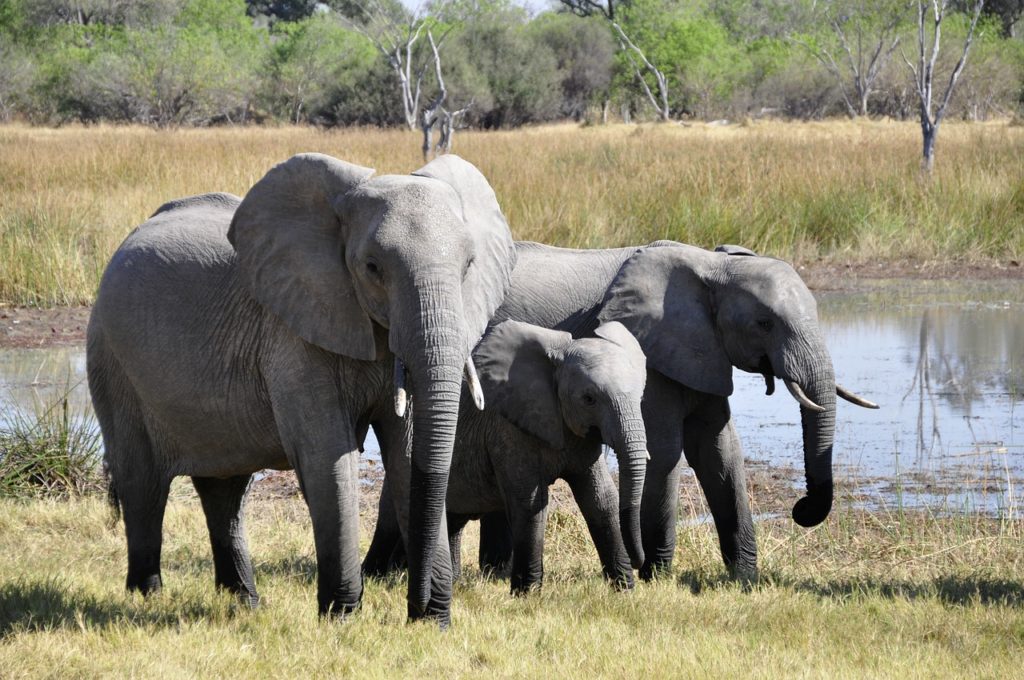 Kenya is a no-nonsense nation when it comes to conservation in recent times and in particular, with elephant conservation. Impressively, this concentrated effort has been consistent since the late 1980’s when the President at that time, Daniel Arap Moi, proceeded to burn more than twelve tons of ivory to show that Kenya was fully committed to bringing an end to the elephant poaching epidemic.

In fact, the site in Nairobi National Park that President Moi used for burning the ivory was used again last year for another large-scale ivory burning event. While burning more than one hundred tons of ivory, Kenya was once again sending a message to the world that they were standing steadfast against poaching and re-emphasizing the commitment to elephant conservation in Kenya.

Why is ivory so important in the east?

Elephant ivory is in high demand in countries such as Japan and China which has increased the presence of poaching and illegal trade throughout Africa. Sadly, ivory is a symbol of wealth and prosperity in such places where ivory is used for medicinal purposes in spite of the fact that it has no actual effect.

Eastern Asia countries are very wealthy which further increases this demand and statistics over the past ten years are a stark reminder of this dramatic rise.  In 2012, the Kenyan Wildlife Service reported 384 succumbed to poaching in Kenya while the following year, this figure dropped slightly to 302 poaching incidents.

In light of these alarming figures, Kenya has stepped up the fight against poaching with a new long-term conservation strategy.

In 2012, Kenya implemented a plan for elephant conservation called the “Conservation and Management Strategy for the Elephant in Kenya”. Lasting until 2021, this new strategy had many aims although it does focus on four most important areas:

•    To protect elephants from poaching

•    To use research and technology to better manage elephant conservation

Many organizations have been initiated in recent years to help with elephant conservation, and while many of these operate behind closed doors, some are open to volunteers and even tourism. Unsurprisingly, this is a win-win situation whereby the organization can raise both funds and awareness, while the visitors gain a unique insight into this beautiful mammal and support them at the same time.

Arguably the most famous and popular elephant conservation outfit in Kenya is the David Sheldrick Elephant Orphanage in Nairobi. Created by the then founding warden of Tsavo National Park, this orphanage rescues abandoned and orphaned elephants who would otherwise have died in the wild.

Nurturing these baby elephants from a young age, the keepers form a unique bond with the elephants and act as surrogate mothers as they raise them to the point where they can fend for themselves. Until now, the orphanage has released more than 150 elephants to the wild and is thought to be one of the most successful conservation efforts in all of Africa.

Volunteering within elephant conservation in Kenya

As mentioned already, some organizations offer volunteers the opportunity to work with elephants and the On the Frontier-Kenya conservation program is a unique organization in this regard.

Working alongside nearby communities, this elephant conservation program allows visitors to be involved in all aspects of conservation, from anti-poaching patrols and biodiversity surveys to human-wildlife conflict education to relationship management with local communities.

Naturally, such organizations in Kenya will arrange all aspects of the volunteer stay including transport and accommodation, but regardless, they are an incredible experience and a great way to “give something back” for a very good cause.

The future for elephant conservation

Of course, there are many more areas and conservation programs throughout Kenya such as Mwaluganje Forest which is quite a remote and beautiful part of the country. It can be said that each of these is doing fantastic work, but the cost will vary in every case. Committed and thriving in recent times, it is expected that these organizations will play a large role in the coming years as Kenya attempts to bring an end to poaching.

Featuring a wide variety of natural attractions and destinations such as Mombasa, Masai Mara, and Lake Naivasha, Kenya is sure to receive a boost in tourism numbers as safety concerns subside in East Africa. In much the same way, this increase in anti-poaching efforts is sure to attract visitors to the many elephant conservation programs in the country, but this is probably another reason to get here soon – to avoid the crowds and enjoy a very personal experience with the largest mammal in Africa.