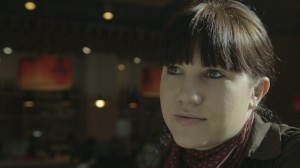 For a spectator, traveling to the Olympic Games takes about 24 hours of constant travel, but once you see Sochi and all it has to offer, the inconvenience and jet lag drift away. Others have endured and waited for this moment far longer than 24 hours. Residents of Sochi have been living through Olympic construction since the Russian bid for the Olympic Games in 2007—and it has taken a toll.

“Due to the Olympic construction, there wasn’t electricity for days at a time because they were running new electricity lines to the Olympic Park and Villages,” said Ivan Skoreshev, a Sochi resident. Others also observed how dirty Sochi continued to be even as the Olympic deadline grew closer. “There was a lot of dust and dirt,” said Sochi resident Sergey Okunkov. “I had binoculars that I used to look around and would see the dirt around the city. They literally threw the trash down the mountains, and there are a lot of places that still haven’t been cleaned up.” The construction even disrupted the sleep of Sochi residents.

“In the summer, there wasn’t any tourism, and a lot of people were frustrated and tired of the construction noise and couldn’t sleep at night,” said Evgenia Pochenkova, who moved to Sochi a year and a half ago. “People wondered, when will it end and when will the Olympics begin?”   During the construction, Sochi residents also began to hear unnerving rumors of what would happen during the Olympic Games. “I heard during the Olympics that gas prices will rise, that Sochi residents would not be allowed out of their homes, and some people were even being asked to leave the city for the Olympics, and there were not going to be a lot of people who would be able to work,” said Skoreshev.  “But it is not as bad as it was said to be.  Nothing like that happened.” The construction process was long and inconvenient, but some still feel it was well worth it in the end because of the city’s transformation. “My parents used to come to Sochi for vacation, and it was a small city with small buildings, and there wasn’t much here,” Pochenkova. “But now it is completely different, there are new stores, centers (malls). Life has become more interesting for the people of Sochi. There is more to do now.” “There were a number of people who were not happy about this process of construction because there were problems with electricity, telephone lines, long traffic jams. It was horrible.  But now it is all fixed.” There have been positive innovations to the city that please many of Sochi’s residents. “Overall, the Olympics have had a good influence on Sochi,” said Skoreshev. “It is turning Sochi into it a well-known city. People now know where the city is and what it has to offer. Also the road conditions have improved. They are safer and wider now.”

Now that the construction is completed and the Olympic Games are coming to a close, some residents are concerned about the tourism rate and how it will affect Sochi afterwards. “The tourism will continue for the next two years, especially in the summer,” Pochenkova. “But it will then change because the interest of seeing the venues will diminish. People will continue to come in the summer but not be interested the Olympic venues as time passes, and I hope the government will do something to avoid this.” Another Sochi resident has already heard about plans to keep tourism high, and he hopes that it is true.

“I’ve heard the coastal cluster park will be turned into a Formula One track in the fall of this year, and in four years, Sochi will be one of the places in Russia where the FIFA World Cup will be held in 2018,” said Skoreshev. According to Pochenkova, the Olympic Games have attracted many young people, like her, to Sochi for work and job opportunities. She plans to stay and marry her fiancée, but she is concerned about others when the Games end. Despite the unknown future of jobs due to tourism, Sochi residents are enjoying all of the different cultures being brought into the country and city. “Different cultures are good. It has positively impacted the city because it is good to learn about other cultures,” said Okunkov. Pochenkova observed some of the specific cultural differences that are being noticed by Russians. “Russians are accepting the different cultures well,” said Pochenkova. “They understand that tourism is bringing changes to the culture. For instance, if you pay attention to the different international faces, they smile a lot regardless of what they are feeling; unlike Russians you can read all of the emotions on his face. If you look at Americans, they always smile no matter what they are feeling.” Despite the difficulties and uncertainties of their Olympic journey, many residents of Sochi seem to be happy and proud that the Games occurred not only in their home country but also their city.

Holly Demaree is a student in the School of Communications at Ball State University (BSU).  She traveled with a group of journalism students to the Sochi Winter Olympic Games as part of "BSU at the Games."  BSU at the Games is a freelance news agency operated by 41 student journalists reporting from the Sochi 2014 Winter Olympic Games through an immersive-learning program at Ball State University.