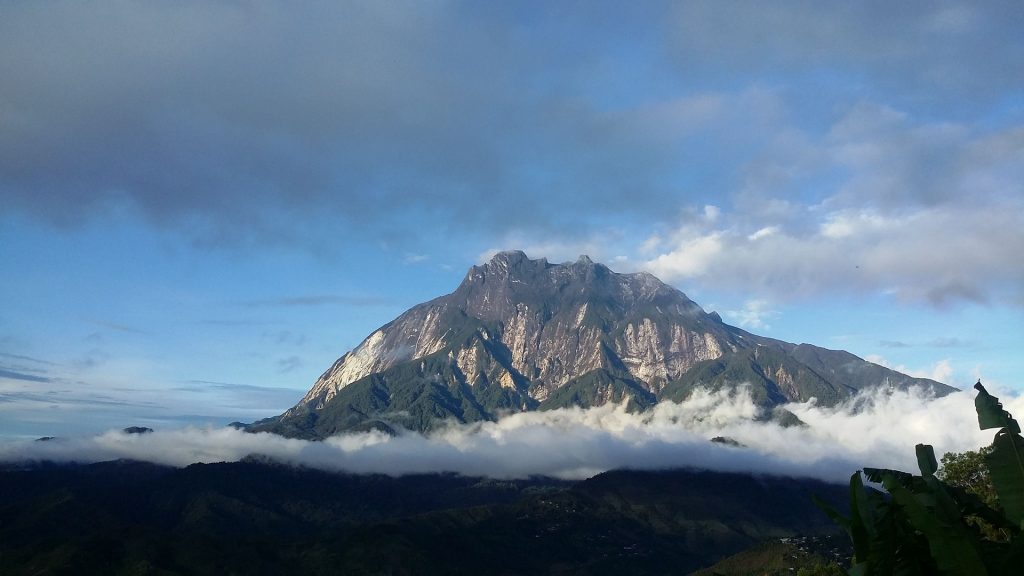 Farfetched as it may seem, the tiny Malaysian mountain town of Kundasang is sometimes compared to the pastoral villages in the Alps. Situated in the northern part of the island of Borneo, Kundasang is nestled in a rugged landscape that has spectacular scenic vistas like in Switzerland, but it’s unlike anywhere I’ve been in Europe, or Southeast Asia for that matter.

Wooden Malay houses nestle between farms, plantations, and undulating hills, set against the backdrop of Mount Kinabalu’s jagged terrain. A floral wonderland of delicate pine trees stretches in every direction, as Friesian cows graze in the distance. The beckoning chants of the Islamic call for prayer mingle in the village air, which boasts a number of Catholic Churches as well. Farm field of cabbages, carrots, leeks and tomatoes surround the town.

Traveling to Kundasang by car means snaking through forested mountains for two hours from Kota Kinabalu, the capital of the Malaysian section of Borneo. Borneo, an Asian island, is politically divided with Brunei and Indonesia also claiming a portion of the island as their territory.

A View of Mount Kinabalu

When I traveled there in December 2018, my friend and I stayed at a quaint guesthouse called Amazing Grace Lodge. Perched on top of a hill amid the clouds, the recently-built guesthouse overlooks the Kundasang valley, while Mount Kinabalu looms ahead. It’s run by Jerry, an architect by training from Kota Kinabalu, who has a small tour company on the side. There are few Western travelers in this part of Borneo and my friend and I were the only guests when we arrived making the lodge both peaceful and eerie.

From my window, I watched Mount Kinabalu each morning, as its granite peaks poked through wisps of mist. The mountain has a powerful presence, physically and culturally, even from afar. Steeped in myths and legends, it plays a pivotal role in the ancient pagan traditions of the local indigenous groups. ‘Kinabalu’ is derived from the Kadazan word, ‘Aki Nabalu,’ meaning ‘revered place of the dead.’ Many local people believe that this is where their ancestors’ souls reside before transcending to an afterlife. Each year, shamans from the Kadazan-Dusun tribe – the island’s native people – sacrifice chickens on the mountain as offerings to the spirits.

Given its proximity to the sacred mountain, Kundasang is a popular starting point for hikers embarking on their climbing adventure to the top, which unfolds over two days. Despite the dearth of foreigners, I had to forgo my Kinabalu trek, because trips are usually booked six months in advance. But wandering the picturesque village, it quickly became apparent that I wouldn’t be short of things to do and discover.

One of the first places I stumbled upon was The Kundasang War Memorial in the town center. The region’s dark history makes it an intriguing spot for travelers interested in World War II. Kundasang lies in the district of Ranau, the final destination for the gut-wrenching 1942 death marches. After the fall of Singapore to the Japanese army, British, Indian and Australian troops were captured and shipped by Japanese soldiers to North Borneo to build an airfield. Thousands of men were ordered to trek a distance of 240 km from Sandakan to Ranau while carrying supplies, culminating in more than 2,500 deaths. The memorial commemorates these fallen prisoners of war with exquisite flower gardens: the wild plants from the region, the exotic blooms of Australia, and red roses reminiscent of England.

Miles away from the horrors of war, present-day Kundasang seems a haven of tolerance. Although, officially a secular country, Malaysia’s dominant religion is Islam. Yet, Christians and Muslims live peaceably alongside each other in this multi-cultural, multi-racial nation. Jerry, who is of Chinese descent, tells me that he was once an atheist – a “free-thinker,” as he calls it – until one day he realized how many miracles had transpired right before his eyes, including his mother’s recovery from a near-fatal illness. Now, he and his family are practicing Christians, with many Muslim friends and neighbors.

A Hike in a World Heritage Site

On our final day, Jerry dropped us off at Kinabalu National Park, a world heritage site set amongst the foothills of Mount Kinabulu. An hour’s drive from the Amazing Grace Lodge, the park is a melting pot of habitats, ranging from tropical lowlands to tropical montane to sub-alpine forests. Once inside, there’s plenty to see and do, including soaking in an open-air hot spring, known for its “healing” sulphuric waters, or channeling your inner Indiana Jones while crossing the jungle on a canopy walk made out of rope and wood planks.

We decided to venture to the top of the hiking trail within the park, where the photogenic Langanan Waterfall awaits like a glistening mirage. The path was narrow, yet, relatively easy to climb. We hopped over crooked logs and moss-covered rocks, pulling ourselves up by gnarled tree limbs at steeper parts. The vegetation grew more unusual as we ascended. The first waterfall we arrived at was Kipungit, where we bathed in the small stream as tiny fish nibbled at our feet. We mostly were alone, meeting only a handful of hikers along the way. Two hours of trekking later, heavy rain started to fall. We hadn’t yet reached the waterfall and the ground was becoming muddy and slippery, so, we decided to make our way back down.

By the time we reached the carpark, dusk was settling around us and the last bus back to Kundasang had departed. A feeling of trepidation crept in as it dawned on me that besides us, the only people around were a Malaysian family getting into their car. Using our translation app, we asked them about transportation back to Kundasang and the middle-aged man and a grandmotherly lady wearing a headscarf gestured for us to join them and their two children. “Terima Kasih, thank you,” we repeated.

Kundasang turned out to be more than an idyllic town in the clouds suited to adventurers hoping to conquer Kinabalu. If ascending the highest peak in Borneo isn’t in the cards, there are myriad other reasons to explore this less-trodden part of Southeast Asia. Kundasang breathes its own rhythm, making it an ideal destination for jaded travelers seeking pockets of solitude and a deeper cultural experience. You’ll find unpretentious local eateries and market stalls laden with exotic fruits like durian, mata kucing, and purple mangosteen. You’ll marvel at untouched natural landscapes and hike through forests bursting with biodiversity. You’ll hear fascinating stories about Mount Kinabalu from locals and be impressed by their hospitality and kindness. 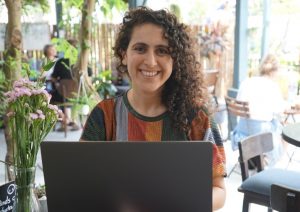 Ziba Redif is a writer, photographer and researcher from London, specializing in mental health, local culture and slow, conscious travel. You can contact her via her website Ziba Writes and read more of her articles on her blog A Nomadic Mind, which covers wellness and healing around the world.  Follow her journeys on Instagram and on Twitter.