The Galápagos Islands are considered to be part of Ecuador and these islands are along the equator in the Pacific Ocean.  The Islands consist of eighteen main islands, three smaller islands and one hundred and seven rocks and islets and together they form the Province of Ecuador, the Galápagos National Park and the Galápagos Marine Reserve.  All of the islands are at the Galápagos Triple Junction on the Nazca Plate where volcanoes are created.  Many of the older islands that were formed millions of years ago have disappeared but the newer islands like Isabela and Fernandina are continuing to be formed and have had recent volcanic eruptions.

When the weather is nice, visitors should spend some time on the beach at Las Loberias.  There are quite a few sea lions that spend their days at this beach and it is a lot of fun to watch the babies with their parents.  It is possible to swim with these sea lions, but people should stay away from any sea lions who are making aggressive movements and sounds.  Tortuga Bay is another beach that is worth the visit.  There are many spots with calm waters that are perfect for swimming and people often spend time relaxing in the white sands while watching all of the animals that call the beach home.

The Wall of Tears in Puerto Villamil is a historical landmark and people can walk along a 6km trail each way to the site.  Once people leave the town, they will pass a cemetery with tombs of the first settlers before arriving at a beach that is surrounded by lagoons.  As everyone reaches the wall, they will see where prisoners worked on the wall to keep themselves busy.  The wall itself is between five and six meters high, three meters wide and about one hundred meters long.  While in Puerto Villamil, visitors can also see the Tortoise Center and Tintoreras.

For an experience with a little more adventure, visitors will want to go over to Santa Cruz Island to see the Lava Tubes.  These long cave-like channels were formed by lava and while people can explore them by themselves, they might want to consider a guided tour in order to learn more about how they were formed and see the most interesting structures inside.

The Charles Darwin Research Station is the perfect place to learn more about all of the animals that inhabit the islands and that is also on Santa Cruz Island.  Guests are encouraged to walk along the paths outside and see all of the Galápagos tortoises that live there.  Guests are able to get really close with them and even interact with many of them.  Inside the museum, people can watch videos about the conservation efforts that are being done on the islands and see a few exhibits.

The Galápagos Islands are an interesting series of islands where people can go and interact with many animals that live there.  There are not too many places in the world that offer that experience and it is worth the trip for not only that but everything else that the islands have to offer. 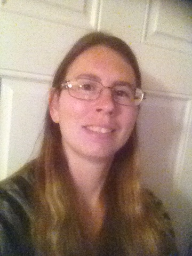 JenLyn Fitz is a freelance writer who enjoys writing blog posts and articles about different topics, but her specialty is travel. She loves spending time exploring new places in the world with her husband and three children. In her spare time, she loves reading and working on cross-stitch projects. While her days and nights are busy, she would not change her life in any way.