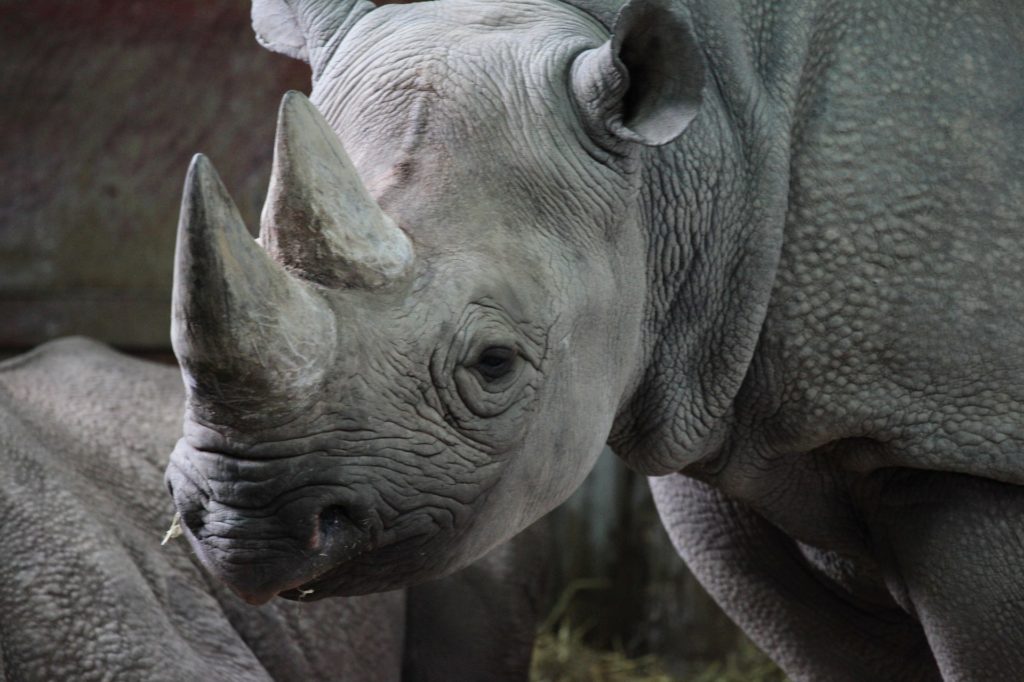 I knew very little about the black rhino when I first arrived in Africa. In fact, I knew next to nothing about African wildlife in general and even less about the impact of hunting in Zimbabwe. After three years guiding on the continent, black rhino poaching is now a problem with which I am very familiar.

Most visitors to Africa are unaware of what is happening in Zimbabwe, but the recent lifting of wildlife hunting bans in the country have caused an existing problem with trophy hunting to escalate concerning both rhinos and elephants.

Matopos National Park: My First Introduction to the Black Rhino

The black rhino, which is often actually brown or light grey, is one of two rhino species in Africa. The second is the “white rhino,” which is called that not because of its skin color, but because of the color of its wide, flat lips.

I first understood this differentiation during my first trip to Africa. We were on a walking safari in Matopos National Park in Zimbabwe when an immense rhino stepped out of the bush fifteen feet away. As I stood there quietly admiring the size of this ‘white rhino,’ the ranger assured me that this lightly colored beast was, in fact, a black rhino. I immediately scanned the trees for an exit.

This was only one of many realizations I would have about the black rhino.

The Escalating Problem of Black Rhino Poaching in Zimbabwe

It was 2008, and black rhino numbers were already on the decline back then. These numbers have diminished even further. So, I was shocked to read that hunting bans were recently lifted to attract hunters to Zimbabwe.

To understand the severity of the issue, it’s important to know what makes a rhino so attractive to poachers. It might sound crazy (and it is,) but rhino horn is considered extremely valuable in Chinese traditional medicine. It has been used for more than 2,000 years to treat various illnesses and conditions such as fever, headaches, and food poisoning. What’s more, the powder from the horn has been believed to cure typhoid, gout, and snakebites. As if that’s not enough, rhino horn is seen as a symbol of wealth in China and some suggest that the horn can be used as an aphrodisiac.

However, there is no scientific study or evidence to prove or support any of the above.

Sophisticated Poaching and the Slow Death of the Black Rhino

Poachers are vicious in their pursuit of rhino horn. They will take the rhino down using a tranquilizer gun and then hack off the horn before anyone can come and stop them. Sadly, the rhino will then bleed to death.

Meanwhile, the money these poachers stand to earn is incredibly high. In fact, one rhino horn can transform a local’s wealth in Africa and this potential is overpowering for some, regardless of morals.

International criminal networks are supporting these poachers with sophisticated devices to track and hunt rhino. Poachers are also heavily armed and respond to authority with extreme violence. For this reason, Zimbabwe anti-poaching units have a shoot-to-kill license, but there is only so much you can do when the process is so lucrative. These poachers are willing to risk their lives for these rhino horns.

The truth is, money talks and as long as superstition or false advertising is believed, the trade in rhino horn will continue to prosper. To make matters worse, the scarcity of numbers further pushes up the price in China and as a result, the demand for rhino horn grows even more. It’s a vicious cycle.

How Elephant Trophy Hunting and Rhino Poaching are Linked

In spite of signficant conservation efforts, the black rhino is in danger of becoming extinct. As with elephants, who have been poached for their ivory tusks, the lucrative nature of the rhino horn ensure this problem is not going away.

But that’s just part of the story…

While I don’t like to talk or write about politics, in this situation, it’s necessary to do so to understand the context of the situation. Last year, the United States reversed a ban allowing hunters to import the remains of elephants from Zimbabwe as trophies. It’s a nefarious operation where visitors pay-to-slay for trophy hunting. Needless to say, this legalizes the killing of elephants and completely ignores the morals surrounding the preservation of wildlife in Africa.

It is doubly ludicrous as the locals are not permitted to touch these animals since they are listed on the Endangered Species Act. Lifting these bans is a clear message that killing animals such as elephant and rhino is okay, whether they are endangered species or not. The future is not looking bright for either the elephant or black rhino.

A Terrible Message and a Bleak Future

What message does this send out to the world that poor locals in Africa are not permitted to kill elephants to use or sell them to make ends meet, yet these rich hunters are more than welcome to slay these beautiful animals for a meaningless, useless trophy? How can we stop these poachers from feeling an overwhelming urge, without China taking some action?

The answer is bleak.