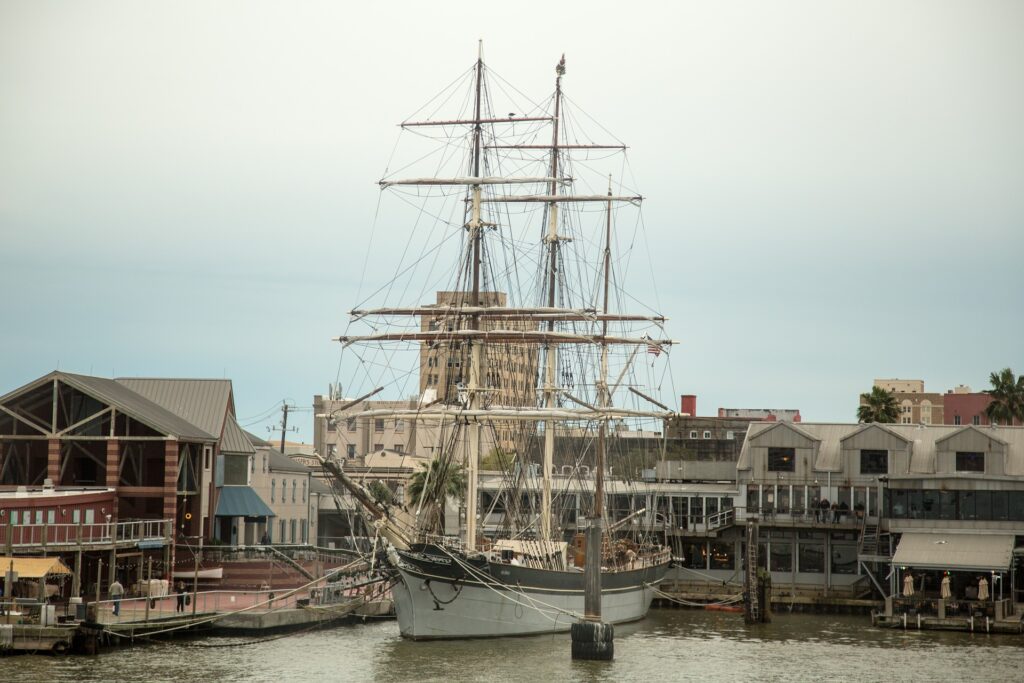 The city of Galveston, Texas is a Gulf Coast barrier island that holds a rich and historic connection to the end of slavery and the celebration of Juneteenth. Known for its 32 miles of sandy shorelines and expansive beaches, not everyone realizes the history that this barrier island holds. Located only 50 miles from the city of Houston, Texas, Galveston is a destination ripe with legacy, historic architecture, astonishing art, and a plethora of attractions that seek to connect tourists to its pivotal legacy.

The Distinctive Connection of Galveston to Juneteenth

Galveston maintains a distinctive and special connection to Juneteenth. It was in this city that on June 19, 1865, Union Major General Gordon Granger arrived with over two thousand Federal soldiers and proceeded to declare the official end of slavery within the United States of America. This event took place two and a half years after President Abraham Lincoln had issued the Emancipation Proclamation. Therefore, Galveston is intimately connected with this historic event, as well as the significant holiday of Juneteenth that is now celebrated across the globe.

In celebration of this historic moment, the Absolute Equality Mural, which was carefully crafted by Reginald C. Adams, was artfully displayed and painted on the side of the Old Galveston Square building in downtown Galveston on 22nd and Strand. It is a 5,000 square foot mural that not only celebrates this historic moment, but also seeks to raise awareness concerning Juneteenth.

In addition, Galveston commemorates the momentous shift with special events and festivities. These events and festivities include parades featuring marching bands, floats, performers, and entertainment, festivals hosting firework displays, live music, and more, as well as historic marches and a special reading of the Emancipation Proclamation. These celebratory events last a period of several days and cement the special origin and connection of Juneteenth to the city of Galveston, Texas.

The Gorgeous Beaches of Galveston

The Gulf Coast barrier island of Galveston is home to gorgeous beaches that attract tourists from near and far. The 32 miles of sandy shorelines host multiple beaches where many take the time to relax and reconnect with nature. Beaches include Seawall Urban Park, R.A. Apffel Park (East Beach), Stewart Beach, Beach Pocket Park 1, and Beach Pocket Park 2 and Tipsy Turtle.

Some of these beaches are known for their unique nature. For example, Seawall Urban Park contains 10 miles of beach and has the longest continuous sidewalk in the nation. In addition, R.A. Apffel Park (East Beach) is known for its festivals, concerts, amenities, and annual American Institute of Architects (AIA) Sandcastle Competition, where impressive constructs garner the attention of thousands of people every summer. Stewart Beach has also drawn attention and was heralded as one of the “10 Best Beaches for Families” by Family Vacation Critic in the year 2013. Ultimately, the city of Galveston is well-known for more than its beaches, and possesses historical architecture, museums, murals, a vibrant downtown area, unique dining experiences, birding, lush gardens, parks, and more.

Birding Opportunities on the Barrier Island

The Gulf Coast barrier island is prime with birding opportunities, which is simply one of the many outdoor activities the city of Galveston has to offer. Galveston is a wonderful destination for ecotourists who can spot over 500 species of birds that either live on or migrate through the barrier island of Galveston. Interestingly, Galveston is located at the center of the trans-Gulf migration route, making it the perfect place to spot many species of birds.

Examples of the rich diversity of birds include shore birds such as sandpipers, plovers, herons, and egrets, and water birds including geese, grebes, ducks, cormorants, loons, and pelicans. Furthermore, hawks, osprey, falcons, owls, and other birds may be spotted along the coastal prairies. Depending on the time of year, many exotic species can be located on their migratory journey. For example, spring may showcase the Indigo Bunting, Baltimore Oriole, Sarlet Tanager, and fall may attract Sandhill Cranes and other species.

The Historic Downtown District is lined with charming buildings dating back to the Victorian era. This district is comprised of four areas that are appealing in and of their own right. These four downtown districts are The Strand, West Market, Pier 21, and Postoffice Street. The structures and buildings can be traced back to the late 1800s and proudly display intricate iron balconies and quaint painted signs.

The historic architecture attracts tourists and serves as a staunch example of what was once called the “Wall Street of the South.” In a stroke of luck, many of these buildings have been preserved and withstood the 1900 Storm without incurring major damage. In addition, the Historic Downtown District is the site of some of the largest events and festivals held in Galveston, including Mardi Gras. In fact, Galveston boasts one of the most extensive and well-preserved Victorian architecture collections in the United States.

Interestingly, ghost tours are also offered in the city of Galveston. Two ghost tours that are known by locals include Dash Beardsley’s Ghost Tours of Galveston and Storm on the Strand Ghost Tour. Dash Beardsley’s Ghost Tours of Galveston is one of the longest running tours in Galveston and is a walking tour that incorporates the remarkably rich history of the city. The stories presented integrate vetted historical evidence intertwined with the personal accounts of locals. Furthermore, Storm on the Strand Ghost Tour is a 90-minute walking tour that focuses on supposed paranormal activity occurring within historic 19th century buildings that are located along The Strand.

The city of Galveston, Texas is a Gulf Coast barrier island featuring 32 miles of sandy shores and pristine beaches. It houses many attractions and a rich historical background that is directly tied to the celebration of Juneteenth. Located a mere 50 miles from Houston, Texas, many tourists are attracted to Galveston due to its historical significance, architecture, art, beaches, and family-friendly activities.