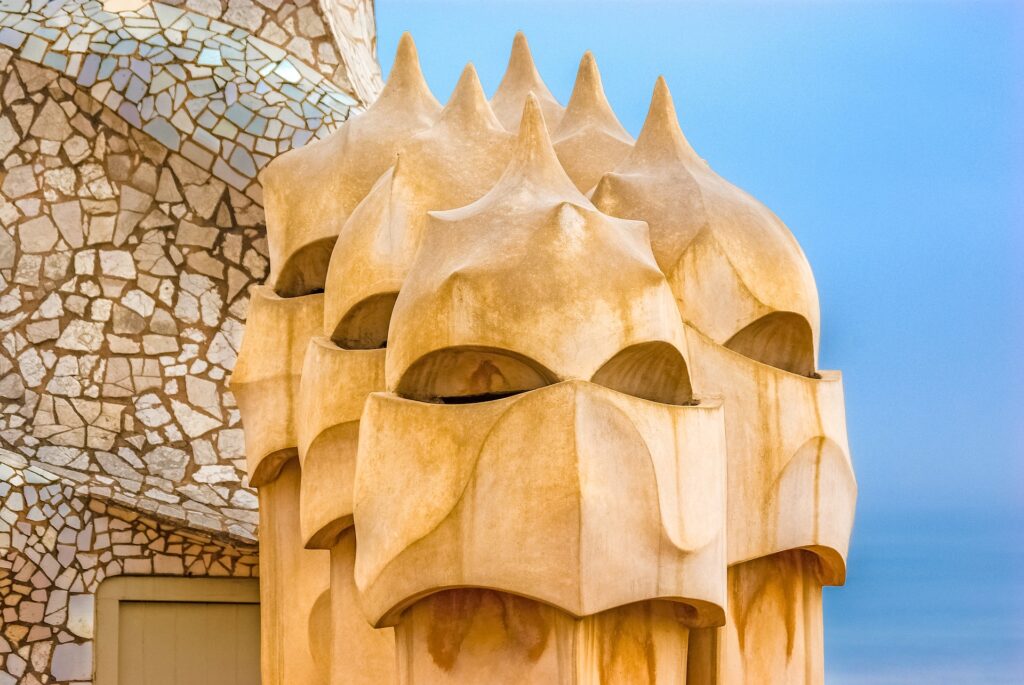 An ever-evolving city full of history, culture, and a buzzing atmosphere, you can visit Barcelona countless time after time without having the same experience. The capital of Spain’s Catalan religion, Barcelona is one of my favorite places to spend a weekend. Whether I’m in the mood to stay out chasing the nightlife, lounge on the beach all afternoon, or sneak out in the morning to enjoy the streets without the gaggle of visitors, there’s never a bad plan for your day.

With 7 million annual travelers, before COVID, Barcelona has earned its place as one of the most visited places in Europe. Now that we have slowed down our travel, it’s time to rethink our way of traveling. Barcelona has great landmarks, the Sagrada Familia and all of Gaudi’s other whimsical buildings, that are worth seeing. However, there is so much more history hidden beneath the surface.  Next time you visit the city, try to slowly enjoy what it really is, not just to tick things off on your list.

Here is an insider’s long weekend in Barcelona, slowly spent reacquainting myself with the city.

Barcelona is a city made for foodies. There’s always something unexpected to savor and I spend the majority of my time thinking about what I’ll eat next.

Pan tumaca (or the Catalan name, Pa amb Tomàquet)  is a simple dish that is near and dear to the hearts of Catalans. Like many Spanish cultural dishes, this was indigenously created during a time when food wasn’t abundant. For many, bread used to be hard to come by. This dish was made to soften up stale, hard bread and give it new life. With grated tomatoes spread on home-made crusty bread, sliced garlic, and drizzled with fine olive-oil, it’s the preferred start to any night out for tapas.

Ordering plates of tapas is the best way to try everything. Next, try some Botifarra amb Mongetes (Catalonian Sausage), Calçots (a type of green onion) barbecued until charred, and Arròs negre (a midnight-black rice dish made with squid ink).

Don’t you dare wash it down with sugary Sangria- that’s only for tourists. Be like the locals and sip on cava, rich full-bodied red wines from the Catalonian Priorat wine region, or an ice-cold vermouth garnished with an orange slice and salty olive.

Ghosts of the Civil War at Your Feet

With the Catalan seperatist movement and its protests reaching the international news over the past few years, it’s not hard to believe that this region has a complicated history with the rest of Spain.

When I walk along the Bunkers Del Carmel, Spain’s past comes alive. Built in 1938 during the first few years of the bloody Spanish Civil War, these anti-aircraft bunkers were built to have views of the entire city and surrounding glitter waters of the Mediterranean Sea. Naturally, this means that during peacetime, these bunkers offer the best views of the city.

Lately, these bunkers have made it onto enough lists that in-the-know visitors come here to enjoy a toast while watching the sunset. Don’t just come to drink and take an Instagram photo, there’s more to the story. You’d be wrong to make the trek up the dozens of stairs to reach the top of Turó de la Rovira hill without learning the history.

After Barcelona and the rest of Spain fell to facist forces, the bunkers were abandoned by the government. The heavy bombing during the Civil War left many in Spain homeless, starving, and desolate. The structures in the bunkers were made to last, so a shanty-town sprung up.

As Spain was rebuilt and quality of life improved greatly over the next decades, the shanty-town was left remarkably alone. Its population grew until it was home to thousands. It wasn’t until the 1992 Olympics that the city finally rehomed the residents of the bunkers. The bunker was further renovated in 2000 and has been well-maintained ever since.

When you look out from the bunkers and see the famous Sagrada Familia and beach, imagine what it was like to call this place your home or to maintain 24-hour surveillance during wartime.

Barcelona, The Best Place to Get Lost

In Barcelona, expect to find history in every street, corner, and even green spaces. Getting lost in the perfectly manicured hedge labyrinth Parc del Laberint d’Horta is how I love to spend an afternoon. Great on both sunny or rainy days, the city’s oldest conserved garden has changed styles throughout the centuries. Keep an eye out for features of both the original Neoclassical style and the updated Romantic style it was converted to later. This park isn’t very crowded, so laying out a picnic with Spanish ham and baguettes will make you feel like a local.

I’d suggest spending as little time as possible in Las Ramblas, an overcrowded street full of pricey and largely inauthentic vendors. Instead, I like to do my own rambling in local markets. Els Encants Flea Market is the oldest and largest in Barcelona and full of unexpected treasures. The Mercat De Sant Antoni is located in a 19th century steel-frame building where you can find fresh, authentic Catalonian food.

The beauty of the city and some of the best locations in Barcelona hide multitudes of stories and a shocking history. Even during the most difficult times in history, the unique Catalonian language and way of life was carefully and sometimes even secretly preserved.

Now, the locals know how to enjoy the truly good things in life, a fine glass of wine, tasty food with the freshest ingredients, and good company. It’s hard not to join in when in Barcelona, and why would you want to resist? Give in and enjoy an immersive weekend in this Catalonia gem.