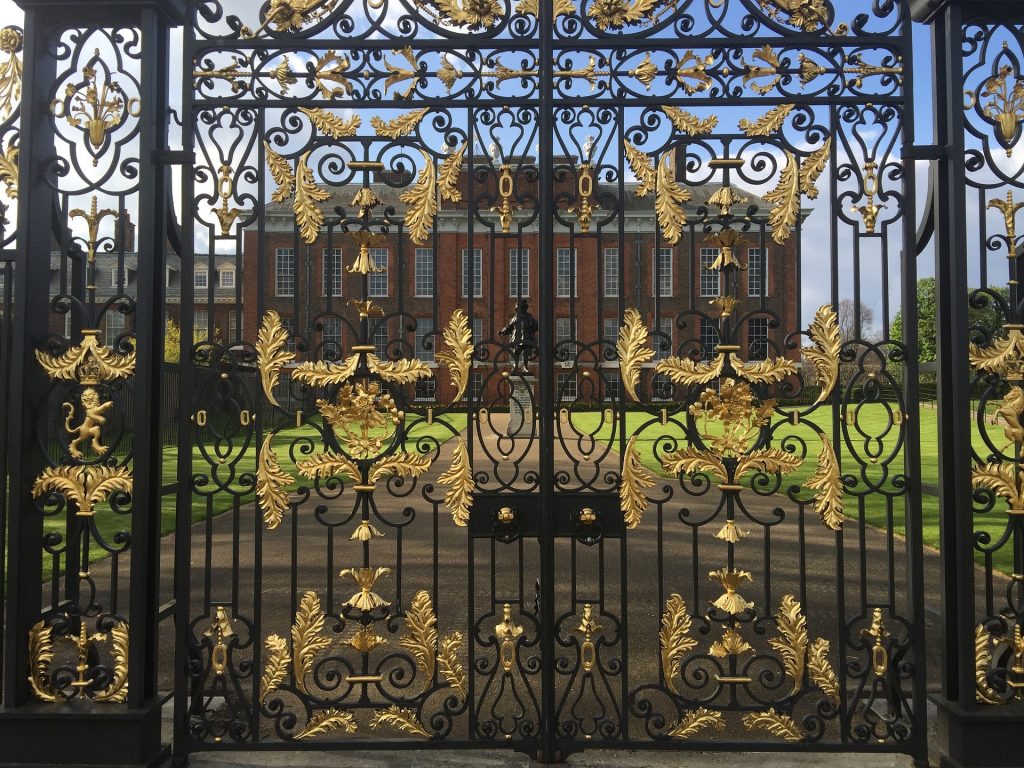 As the birthplace and childhood home of Queen Victoria and the current home of the Duke and Duchess of Cambridge and their children, Kensington Palace is a place of fascinating insight into the British Royal Family. A royal palace since the 17th century, the palace’s rooms have been open to the public since 1899. Nowadays, visitors can explore a number of palatial staterooms, admire paintings from the Royal Collection, and learn more about the Royal Family through a series of interesting exhibitions. Here’s what you should see and do on a visit to Kensington Palace.

Originally built for King William III, the King’s Gallery was initially draped with green velvet and used as a place for William to meet with his spies and organize military campaigns. In 1725, King George I transformed the room with red damask, a beautiful marble chimneypiece, new doorcases, and fine oak joinery. This is the design that we see today in the King’s Gallery since it has remained largely unchanged for nearly 300 years. Smaller improvements were made to the gallery when William Kent, an important English architect in the 18th century, redesigned it. He, along with his assistants, painted the exquisite ceiling canvases depicting various scenes from the life of Ulysses. When the gallery was first redecorated, it was used for exercise as well as displaying important works from the Royal Collection. Today, you can see a large number of paintings in this room, including an imposing portrait of King Charles I on horseback by prominent Flemish painter Van Dyck which dominates the east end of the gallery.

A grand depiction of palace life, the King’s Staircase as we see it today was painted by William Kent and includes paintings of the many people who made up the royal court. Kent even added himself in the work; look for him on the ceiling wearing a brown turban and holding an artist’s palette, with his mistress at his shoulder. You can also see the royal guards depicted in their red uniforms; these guards stood at the entrance of the palace and would only allow entry to those whose clothes and jewelry were deemed suitable.

Designed especially for Queen Mary II, the Queen’s State Apartments were where she ate, entertained friends and important guests, relaxed, and slept. This part of the palace consists of a few rooms, all with interesting stories and beautiful things to see and admire. The Queen’s Staircase has changed little since its construction in 1690 and is deliberately plainer than the King’s Staircase due to a queen’s lower status when there is a king on the throne. These are the stairs that Mary would have taken to enter the gardens that she so loved.

The Queen’s Gallery is a light, airy space where Mary would have enjoyed pastimes such as reading and needlework. It was once opulently decorated with Turkish carpets, porcelain from the Orient – which Mary was particularly passionate about – and beautifully embroidered silk wall hangings. In the Queen’s Dining Room, you can see original 17th-century paneling. This is the room where William III and Mary would dine together; apparently, they preferred to dine simply on fish and beer.

For those of you that have seen the multiple award-winning movie The Favourite, the Queen’s Closet will be of great interest; it was here that Queen Anne, Mary’s younger sister, had the fateful, terrible argument with her friend and confidante Sarah Churchill in 1711, leading to the latter’s expulsion from the country. Due to Mary’s passion for porcelain from Japan and China, she filled the Queen’s Drawing Room with exquisite pieces.

Finally, there is the Queen’s Bedroom, which features the bed where James Stuart, son of King James II, was born in 1688. Due to the religious tension between Protestants and Catholics at the time, James’s birth was seen as a huge problem. He was the half-brother of Catholics Mary and Anne, and the Protestant establishment saw him as such a threat that a rumor was circulated that the baby was an imposter, brought in to hide the fact that the real baby had been stillborn.

The year 2019 promises to be a fantastic time to visit the gardens at Kensington Palace. It is the 200th anniversary of the birth of Queen Victoria. To mark that event, the palace is planting species that were discovered and introduced to Britain in the Victorian era, such as the Chilean myrtle, Chinese windmill palm, and Japanese cedar.

There are many highlights to delight visitors who stroll around the gardens. The biggest is the Sunken Garden, which was planted in 1908 and is based on the design of a similar garden at Hampton Court Palace. Here you will find an ornamental pond with fountains made from repurposed 18th-century water cisterns, surrounded by paving and flower beds. The flowers planted in the Sunken Garden are rotated depending on the season; in spring there are tulips and pansies, whereas in summer there are displays of geraniums and begonias. A great place to view the Sunken Garden in all its glory is from Cradle Walk, an arched tunnel of red-twigged lime trees. The Formal Gardens are also worth visiting with its numerous water features, such as the Serpentine boating lake.

Kensington Palace hosts permanent and temporary exhibitions throughout the year where you can learn more about the building and its past and current occupants. Permanent exhibitions include: Victoria – a Royal Childhood, which explores how the young princess transformed into the iconic monarch we remember today; and Diana – Designing for a Princess, featuring some of Princess Diana’s favorite fashion pieces. Currently, there is also an exhibition titled Victoria: Woman and Crown, which examines how she managed to balance her private life as a wife and mother with her working life as monarch of Great Britain and the expanding British Empire.

Like many of the British royal palaces, Kensington Palace has a rich history and plenty to discover and explore. Here you can learn about royal life through the years, wander the beautiful grounds, and see some of the best royal fashion in recent history.

2 thoughts on “What to See and Do at Kensington Palace”