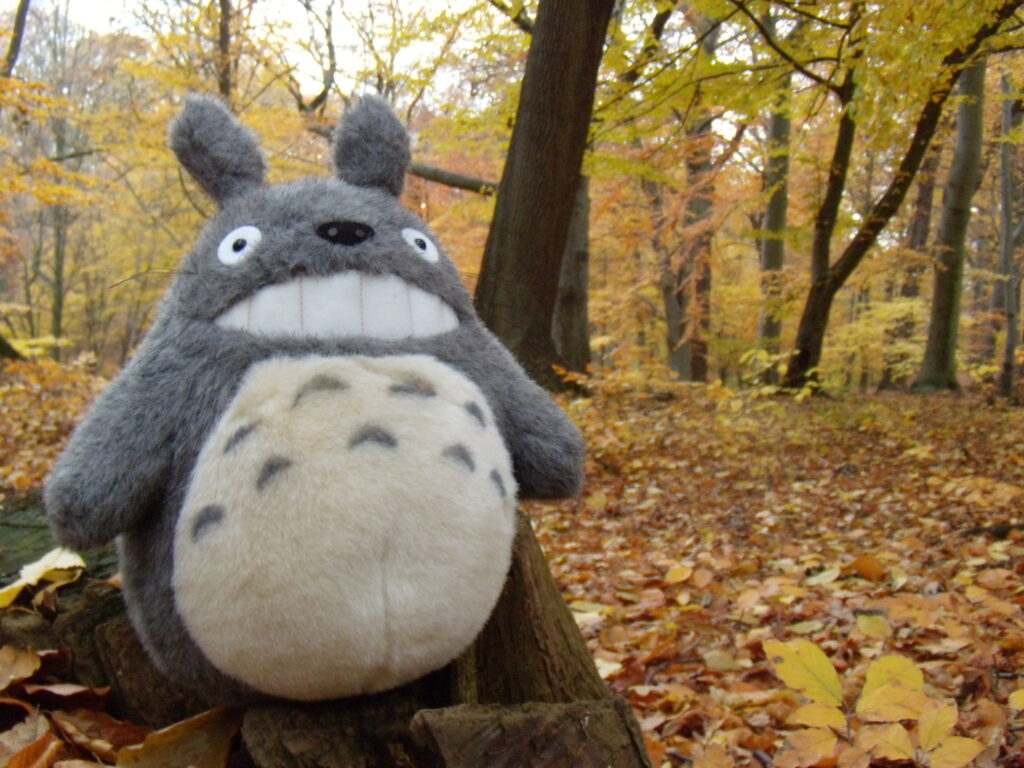 Amusement parks, and especially theme parks, are popular highlights in Japan. This is not to say there are rollercoasters in every town. Big rides and parades make up only a small part of amusement parks where the term is usually applied more literally as ‘parks that create amusement’. From botanical gardens to open-air museums with reconstructed villages, amusement parks have long been part of the mantra, ‘work hard, play hard’. They have been a place to escape the toils and responsibilities of everyday life (a sorely tempting offer, right now). The latest addition is Ghibli Park, scheduled to open in November 2022. However, unlike modern developments (such as LEGOLAND and Nintendo World), there will be no big rides or amusements. The question remains: Is this concept Ghibli-specific, a return to traditional Japanese amusement parks, or something else in our post-COVID world?

What is Ghibli Park?

Fans of Studio Ghibli have been eagerly awaiting news about Ghibli Park for almost five years. The company is responsible for a range of Japanese anime movies, including My Neighbour Totoro, Spirited Away, and Kiki’s Delivery Service. The movies have been capturing the imagination of all ages since 1985, with a variety of feature films, short films, and television commercials. Each production has a signature style that is fairly easy to recognise as ‘Ghibliesque’; a certain whimsical yet simple beauty, without being overly flourished. The stories themselves all have similar themes of personal growth balanced with social responsibility. It’s an inherent part of the studio’s brand and one that has given it an international following while still holding onto its Japanese cultural identity.

Recently, Studio Ghibli announced the Opening Day for Ghibli Park on the official website: November 1, 2022. While Japan is not yet open to tourism, that hasn’t stopped the excitement. The theme park will initially open with three areas: Ghibli’s Grand Warehouse, Hill of Youth, and Dondoko Forest. The park is located in Aichi Expo Memorial Park in Nagakute City, Aichi Prefecture, about an hour’s train ride east from Nagoya. This is the same site as the 2005 World Expo, which included a recreation of Satsuki and Mei’s house from My Neighbour Totoro — the same house to be used in Dondoko Forest. Two additional sites are scheduled to be open in 2023: Valley of Witches and Mononoke Village.

How Will Ghibli Park Differ from Other Amusement Parks?

It would be easy to compare Ghibli Park with other amusement parks like Tokyo Disneyland, Universal Studios, or nearby LEGOLAND. Each of them is built with an established fanbase, filled with opportunities to expand and grow. Like these franchises, Studio Ghibli also has a long catalogue of productions to call from. But there is one big difference between Studio Ghibli and the others:

“There are no big attractions or rides in Ghibli Park.”

In a country already enamoured with amusement parks, this might seem like a strange move. Tokyo Disneyland is one of the most popular amusement parks in the world, ranking third behind Magic Kingdom and Disneyland Park in 2019 (both located in the much bigger USA). However, Tokyo Disneyland is more a product of its generation (and a fantastic marketing plan) rather than an example of Japan’s character. Tokyo Disneyland opened in 1983, at the height of US influence and the global infatuation with rollercoasters. Before then, Japan’s love affair with amusement parks had focused on open-air museums and cultural experiences. The original concept was born during the Edo period in the 1850s when Japan was very supportive of arts and culture. Parks like Nikko Edomura have maintained the same feel, creating an immersive experience in a set theme. While attracting smaller numbers than Tokyo Disneyland, Nikko Edomura caters to a different audience. The park is a recreated village from the Edo Period with references to the culture and lifestyle. It is as if the Edo Period had lightly stepped on the land and left its footprint behind for visitors to explore and discover. Nikko Edomura succeeds because it is a popular escape for locals and a cultural experience for international visitors.

Instead of competing directly with parks like Disney and Universal, Ghibli Park is going for a more traditional approach, similar to Nikko Edomura. It wants to create the same aesthetics and vibe you gain from any Studio Ghibli film. And just like the movies, there are three main themes throughout the entire area: the balance between progress and tradition, conserving our natural environment, and the importance of youth. Developers have kept to one of the earliest promises and did not cut down any additional trees to make room for the attractions. The layout of the park uses smooth curving lines to encourage patrons to stroll through the park, not race from one destination to another. The idea is to immerse yourself in the world of Ghibli. In the tradition of Japanese amusement parks, Ghibli Park aspires to be the place you escape to.

Ghibli Park and the Return to Slow Travel

There’s another benefit to Ghibli’s park design and one that clearly has the support of the Aichi Tourism Board and the Aichi prefecture. During the infamous COVID lockdowns, many cities around the world have taken advantage of the ‘tourism time-out’ to rejuvenate and rebuild their cultural identity before the return of tourists. Places like Amsterdam considered the pandemic as “a blessing in disguise”. The Dutch city took a step back from its dependence on tourism and opted for a more sustainable approach. New policies include higher tax for tourists with overnight stays and priorities given to prevent souvenir shops from displacing local businesses. Other cities are considering similar changes to their local economies, such as Venice (Italy), Dunedin (New Zealand), and fellow Japanese city, Kyoto. Ghibli Park has been upfront about the design of its park, ensuring future visitors know what to expect during their visit. In doing so, it is also managing the demographic they are hoping to attract: one that will likely keep to the vibe they are aiming for. This approach has been shared with the Aichi Tourism Board, which released a promotional video featuring a similar message: “Play with the Wind”. Take your time to immerse and explore the area. Slow down and enjoy.

Will Ghibli Park succeed? More than likely yes, and in more ways than profits. Ghibli Park is ticking all of the travel boxes. The park itself is already reaching feverish popularity amongst established fans, with a brand that is considered to be a national icon. Ghibli Park goes even further by assuring travellers it will support cultural identity and the environment, which in turn is a nod to the rising popularity of ‘slow travel’.

Ghibli Park isn’t scheduled to open for another six months and it is already ahead of the curve in an industry struggling to rebuild in a post-COVID world. You can join in on the excitement from home by following along on social media with #VisitJapan and #StudioGhibli. Until then, there is plenty to plan and dream about future travel. It’s okay to slow down and take your time.

COVER: “Autumn Totoro” by HertzaHaeon is marked with CC BY-NC 2.0.