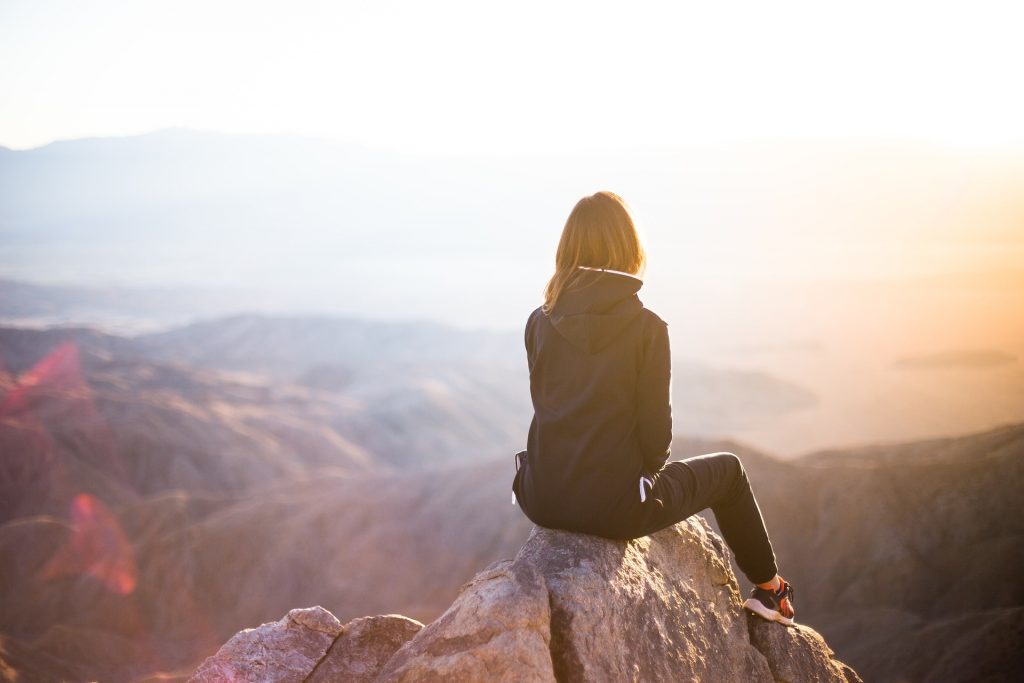 Travel used to be slow. Granted, it was slow because there was no other way. Quick transportation either wasn’t available or affordable, and it was normal to spend a good deal of time in the places you visited.

Somewhere along the way, we got (very) lost. A sort of toxic tourism took hold, where it became more important to visit as many countries as you could in a single trip, collecting passport stamps and photos at all the most Instagrammable sports. Checking spots off your bucket list and moving on to the next.

I’m calling it toxic tourism because that’s how I see it, not because it’s some sort of widely accepted term. But ‘tourist’ has become somewhat of a dirty word—one that is associated with visiting only the most popular spots, sticking to chain restaurants and comfort food, buying overpriced souvenirs, and giving little to no attention to fitting in or trying to speak the local language. I certainly don’t like being called a tourist when I’m visiting another country, and I don’t know many people who do.

You’re probably wondering what makes this kind of tourism so bad. Sure, maybe it’s not the best, but why is it toxic? Let’s dig into a few of the reasons.

Tourism has a significant impact on the environment, and this is especially the case when hordes of people visit sensitive areas. Machu Picchu, for example, sees up to 2,000 people every day, with visitor numbers growing each year. The site is being slowly eroded, not only by heavy rains but also by visitors’ feet. As groups go through the trail, they cut timber to use for cooking—which then poses a forest fire risk—and leave behind tea bags and bottles that litter the route. Low-flying helicopters were also allowed in the area for some time, despite outcry from environmental groups and archeologists. According to Peru’s Institute of Natural Resources, similar flights in the 1990s led to the disappearance of a rare species of orchid and the Andean Condor from the area.

In the Mexican hotspot of Tulum, massive developments are threatening important sand dunes and preserved jungle areas. While the town has a reputation for being a laid-back, bohemian locale that engages in eco-friendly practices, the truth seems to be entirely different. Developers illegally remove vegetation to build within Tulum National Park, everyone dumps garbage in open-air jungle pits, and pollutants run off into water sources and eventually end up in the ocean, where they contribute to huge algae blooms that devastate local reefs.

And Machu Picchu and Tulum aren’t the only spots experiencing this. Tourism puts a huge amount of stress on local land. It can lead to increases in pollution, soil erosion, and habitat loss. It also puts more pressure on endangered species.

Beyond environmental exploitation, there are animal and human exploitation. Nearly everyone knows of Thailand’s Tiger Temple, where tourists spent nearly $3 million a year to feed and pet tiger cubs, walk tigers on leashes, and take selfies with (heavily drugged) big cats.

The reality is that this happens nearly everywhere. Monkeys are captured, chained up, and trained (which is code for abused) to allow tourists to take pictures with them. Elephants are ripped from their mothers, their spirits broken in a horrific process so that tourists can ride them. Bears are kept in tiny cages or pits and then forced to dress up and perform for onlookers, often begging for bits of food. Sea turtles are kept in stressful conditions to be handled (and even eaten by tourists). Dolphins, whales, and other sea mammals are confined to much-too-small tanks where they are forced to perform day after day for crowds. Civets on coffee plantations, snake charmers, crocodile farms. The list goes on.

Sex tourism and orphanage tourism are two of the biggest ways that humans are exploited by what I’ve established as toxic tourism. The former is self-explanatory; the latter is widespread in Southeast Asia, where tourists visit orphanages and donate money or goods. It may also include volunteering and interacting with the children, and what might seem harmless turns the children into tourist attractions and, as the article I’ve linked notes, the tourists into agents for orphanages as business enterprises rather than sites of care.

We can also talk about exploitation in the service and hospitality industries. I’ve met staff at large hotels who work exceptionally long hours for ridiculously low wages with little to no breaks. Unfortunately, I suspect this is the rule rather than the exception—and when the next job is the same and poverty is rampant, it’s simply too much of a risk to leave.

Here I’m looking squarely at megaresorts, though I’m certain there is an incredible amount of waste in other areas as well. I’ve stayed at all-inclusive resorts in the past (way in the past!) and I was always struck by the food waste, in particular. Chafers of food at the buffet still full by the end of the night. Guests whose eyes are bigger than their stomachs, loading up plates of ‘free’ food and eating only a fraction of it. Carts with untouched late-night snacks or breakfast dishes outside rooms in the morning.

While studies into food waste at such resorts are sorely lacking, there’s no question that it’s a huge issue. And the attitudes and expectations of guests who frequent these resorts means that it’s likely not changing anytime soon.

So what’s the answer, then? I’d argue that it’s a return to slow travel. And before I have people shouting that slow travel takes time and they don’t have time, let me explain.

Slow travel isn’t about traveling for weeks or months at a time—it’s about being more connected to and immersed in the places you visit. Rather than speeding through an itinerary and seeing only the ‘must visit’ sites, it focuses on developing a greater understanding of the culture, history, people, and food of the places you visit.

How to engage in slow travel

Doing this is actually far easier than you might think. Instead of cramming three cities into your week-long vacation, choose the one you are most excited to see. And perhaps don’t make an itinerary. Instead, give yourself time to walk around with no end goal. Jump on a local bus or rent a bicycle to explore. Stop in local shops that look interesting. Eat at local restaurants that draw you in with their aromas. Ask locals where they love to relax and spend time (bonus if you manage to do it in the local language!).

By intentionally engaging in more authentic experiences, you’re likely to get off the beaten path more. You’ll find hidden gems that tourists tend to miss—and trust me, they’re often plenty Instagrammable. You’ll get to know a place by experiencing the food. You’ll learn a bit about the culture and meet new people. And by virtue of the way you’re traveling, you’ll also make more sustainable choices (and probably save money).

This approach is, in my mind, what differentiates a traveler and a tourist. And it’s this approach that our world so desperately needs. So I plead with you: Next time you’re planning a trip, plan less and experience more. You might find that you prefer being a traveler, too.