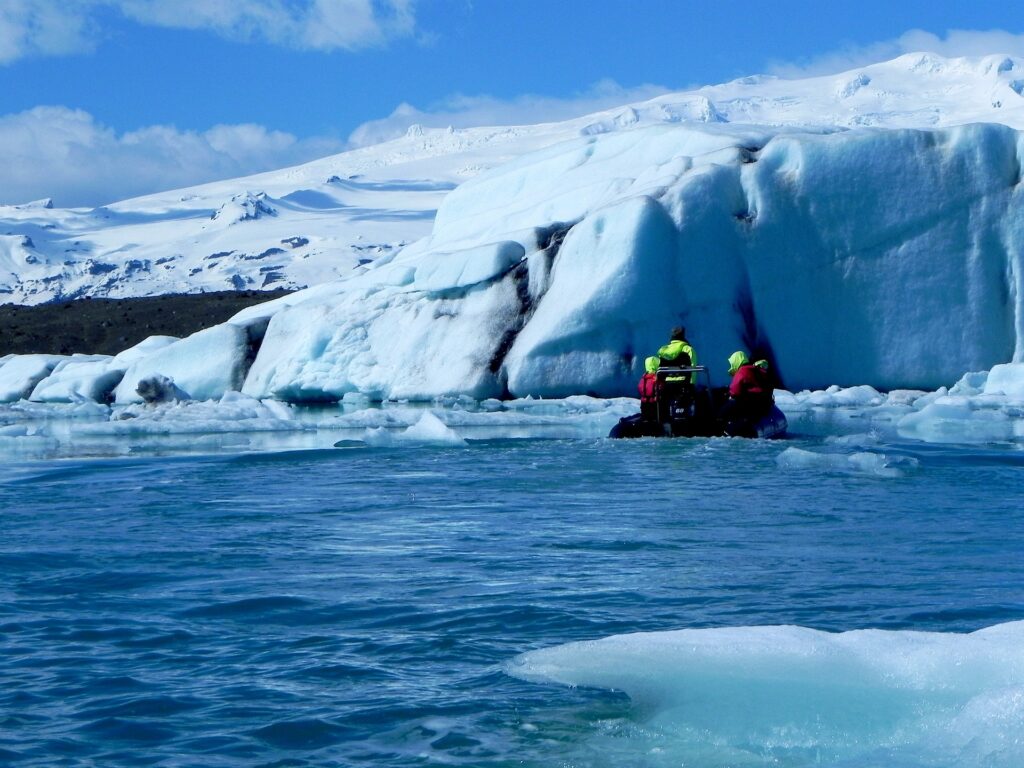 We had checked off a handful of well-known sights already on our three days in Iceland: soaking in the Blue Lagoon, zipping up close to icebergs in a zodiac and hiking up to Svartifoss, an impressive waterfall tumbling over Jenga-like basalt columns.

On the fourth day, when we woke up to rain and wind rattling our cozy hotel room windows, it would have been easy to stay in bed and replay those memories from under our down comforters. Could I really be wowed by our scheduled trip to the Westman Islands, a collection of 15 mostly deserted outcroppings off Iceland’s south coast?

We were in Iceland to celebrate my older son’s high school graduation. Vacations as a family of four were going to become more difficult, and I didn’t want to miss a single memory-making opportunity. We packed our rain gear, fleece sweaters, warm hats and headed to the ferry terminal. It was July, but this was Iceland.

The swells rocked the boat side to side as we left the harbor, my stomach churning in tandem.

I tightened my motion sickness wrist bands and headed out to the deck, hoping fresh air would quell my queasiness during the 50-minute crossing. We were headed to Heimaey, the only inhabited island in the chain.

Entering the harbor was mystical; rocky cliffs jutted out of the ocean through the mist. Orange-beaked puffins darted in and out of the small openings in the rock. These caves along with abundant fish make it easy to see why the Westman Islands contain one of the world’s largest puffin colonies, estimated to be around one million.

Towering basalt columns with drastic drop-offs were topped with neon-green grass. Sheep grazed near the edge, as if held to the side of the cliff by magnets.

With roughly 4,500 residents, this wind-whipped fishing island has a stormy past. In 1973, Eldfell volcano erupted forcing the entire population to flee. Residents were able to evacuate by boat to the mainland, since a storm that day meant all the fishing boats remained in the harbor.

Reached by a brisk 20-minute walk uphill from the ferry terminal, Eldheimar is dedicated to the history of the volcanic eruption which was one of Iceland’s largest natural disasters. Built around a house that was dug from the ashes, the interactive museum gives firsthand accounts of the destruction, rebuilding and perseverance of the people.

Walking through the museum enables visitors to witness what the residents experienced the night fire, lava and ash destroyed over 400 buildings and covered 20 percent of the island. The eruption continued for over five months, with islanders working to control the lava’s destructive flow by pumping sea water from the harbor into its firey path.

An early start and a few hours at the museum meant that lunch was a welcome next stop on our itinerary. We strolled down the hill, following the decorative puffin street signs past red-roof houses with small gardens sprouting flowers and rhubarb. I was amazed that anything could grow in this harsh volcanic soil.

Our destination was the restaurant Naes. We were welcomed with rhubarb lemonade and warm bread with butter and licorice salt. Small bowls of smoked cod were transformed into soup as the waiter poured tomato coconut broth over the fish and added a touch of basil oil. Dishes kept arriving, each with the perfect balance of texture, flavor and color. Plokkfiskur was a favorite. Rye crumbles and shaved kohlrabi elevated this simple fish and potato dish into a stellar entrée.

Apple and rhubarb tart for dessert left us wondering if we really wanted to go back outside into the wild weather. It was easy to see why Naes was gaining a reputation as a destination restaurant in Iceland.

While we hiked, our sons joined an Icelandic favorite pastime by visiting the local swimming pool. I didn’t blame them for choosing to soak in the outdoor hot tubs while we headed up the volcano.

The hike up Eldfell (Fire Hill in Icelandic) started innocently enough across a knee-high grassy slope filled with purple lupines. It got steeper and more exposed as we ascended, and the wind threatened to knock me down. Some say you can still feel warmth rising from the earth as you hike; maybe it was the stormy weather but the only heat I felt was in my calves as they began to burn on the 45-minute trek to the summit. But the 360-degree view from the top was worth it. Eldfell had destroyed the earth, but left a painting of red, brown, black and green as moss-covered lava fields spilled down the hillside into the ocean.

We celebrated the summit with a local beer. Brother’s Brewery is just a few blocks from the ferry, and we warmed up with a post-hike Eldfell Ale. On an island with not many options for socializing, this brewery is a gathering spot for locals who come to grab a pint and catch up with friends.

We checked in at the ferry office to see if it was calm enough for our scheduled 5pm crossing. We were told to check back in an hour, leaving just enough time for souvenir shopping. I bought a fleece sweater at Icewear, and my sons discovered Bulow Lakrids, an unusual but addicting combination of licorice and chocolate.

I was cold, tired and looking forward to a hot shower, but part of me didn’t want this island adventure to end. But the captain decided it was safe to sail and we made it back for a late dinner. It would have been easy to the let stormy day change our plans; braving the weather to discover the raw beauty of Heimaey turned out to be one of the best decisions we made on our trip to Iceland. 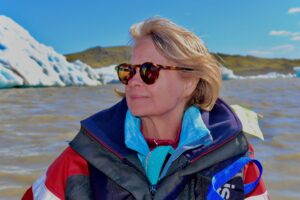