Endangering Gorillas is a Consequence of the Gram 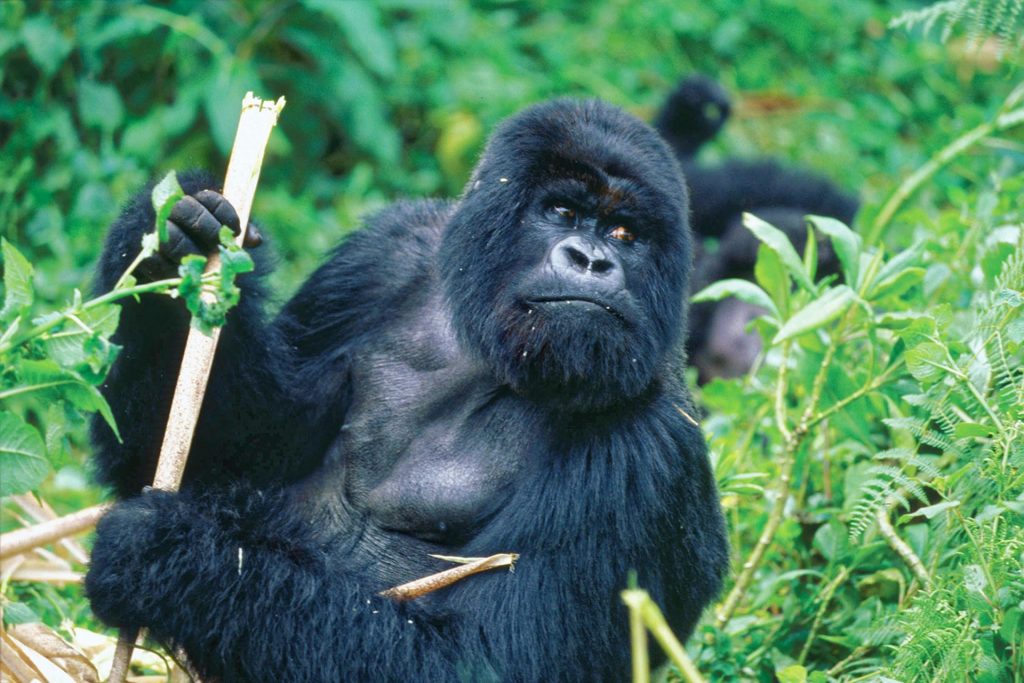 On gorilla treks tourists are always advised to take photos from a safe distance and not worry about the Gram because they are leaving more than footprints.

Curious adventure travelers are not heeding the rules many continue to get close to gorillas for the Gram but these irresponsible travelers are also infecting the endangered species.

There are close to 650 Instagram images of people getting about 20 feet away from the gorillas, with some of them touching these primates. This proximity means the gorillas as becoming infected, which can be deadly to them.

There has been a rise in the number of infectious cases in the gorilla population with the most recent example of human metapneumovirus infecting 11 apes in Rwanda. Two apes died due to the infection.

The Democratic Republic of Congo (DRC), Uganda and Rwanda have labeled the mountain gorillas as being endangered and estimated there are just 1,000 of them left in the world.

All three countries allow tourist excursions to see the gorillas with the premise that people stand at least 23 feet away from the animals. DRC visitors must are also required to wear face masks during the trip – a rule the government of Uganda will soon enforce.

Gaspard van Hamme, a primate conservationist, and his colleagues from Oxford Brookes University looked at the Instagram pictures of people who went on gorillas excursions since 2013.  They found 643 images where people were closer to the gorillas than the recommended 23 feet, violating the regulations the government set forth. Another 20 pictures showed people even touching the animals, and only two-thirds of them were wearing face masks.

According to the team, it was usually the young gorillas that would initiate contact because of their officious nature. van Hamme said the findings are not a suggestion that the rules were being broken all the time, as many people tend to post images where they can get up close pictures of the animal. He said it doesn’t always happen, but it does occur.

He said DRC tourists might actually be wearing the recommended masks, only taking them off for the pictures, but it’s risky even doing that.

Gladys Kalema-Zikusoka, with Conservation Through Public Health, said social media is only worsening the problem because everybody wants to get up close with animals and show it off online.  But she also recognizes the economical value that tourism offers to the local communities and conservation programs.

Fabian Leendertz of Robert Koch Institute in Berlin said tour operators must ensure that rules are strictly enforced. He said the guide is unpredictable because people will tip them to get that best possible selfie. If people understood the rules better, they would be more willing to wear masks and maintain their distance.

van Hamme said the experience would be the same, but it would mean less Instagram likes.