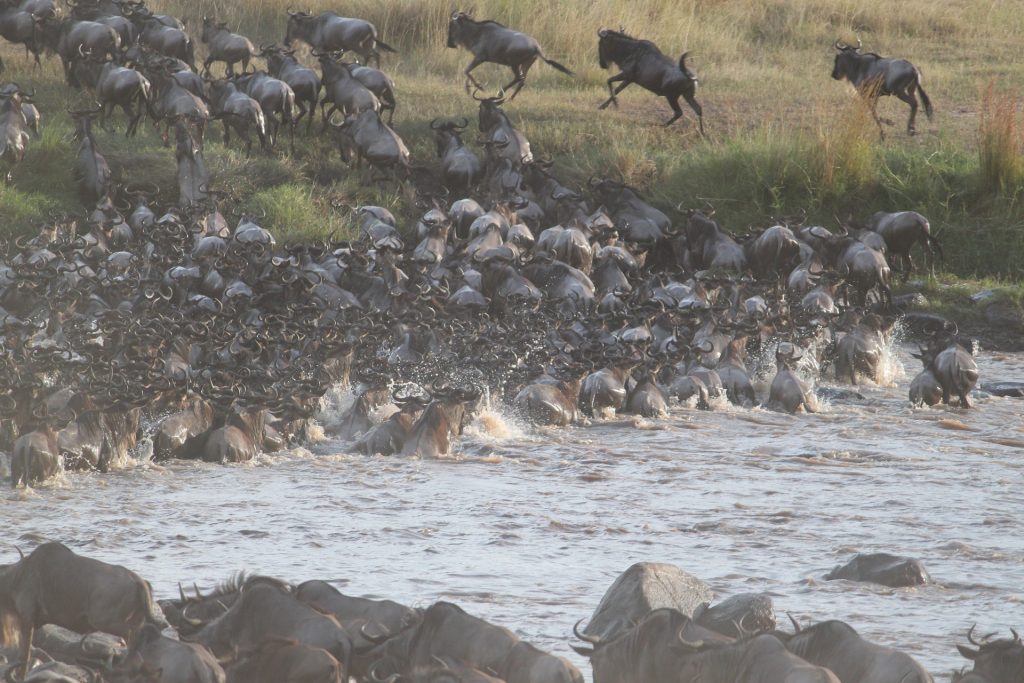 The Great Wildebeest Migration is considered of the world’s most incredible natural events, and it’s happening earlier this year.

The largest wildlife migration is one of the most popular natural events to see in Maasai Mara, Kenya. While the migration takes place throughout the year, the wild beasts cross Mara River in July and August. And, they’re already being seen there now.

The Maasai Mara National Reserve is more than 580-square miles of protected land for wildlife, but visitors often come to the area between July and October to witness the natural wildebeest migration phenomenon.

One of the reasons the migration is considered one of Africa’s Seven National Wonders is the sheer number of animals that travel to Maasai Mara National Reserve from Serengeti National Park – over two million of them from zebras, gazelle and elands. It’s not uncommon for many of the 250,000 wildebeest that travel not to make it to the end.

The Great Wildebeest Migration is done in response to the dry season, which runs from July to October. If the animals are already in the Mara area, it means the dry season has already begun. The only source of water for these animals is the Mara River, as others in Serengeti have gone dry.

Should climate change and human intervention continue as it has been, it could affect future migration patterns. The animals will have to look for food and water elsewhere, going into new areas.

The rainy season usually returns in September, which means the animals make their way back to Serengeti.

For people who want to experience the phenomenon, they need to know the migration path and then plan for when the animals will be in the area being visited. An early seasonal change can hinder these plans, but in most cases, people can still see the herds in Mara in the months of July and August.

There are many companies offering tours to the area such as Mahali Mzuri, a luxury tented safari camp put together by Richard Branson.