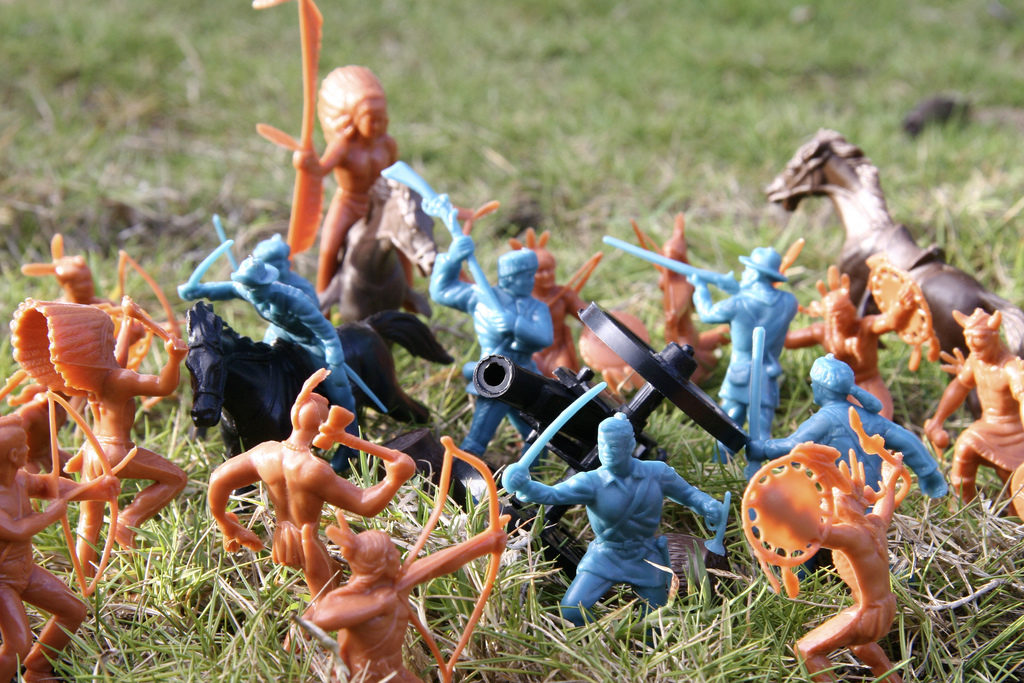 Considered one of the prominent battles of the Great Sioux War of 1876, the Battle of Little Bighorn was a clash between Native Americans and America’s 7th Calvary.  Led by several war chiefs including Sitting Bull, Crazy Horse and Chief Gall the Lakota, Northern Cheyenne, and Arapaho tribes received an overwhelming victory.  General George Armstrong Custer led the charge for the 7th Calgary and his battalion near the Little Bighorn River in Eastern Montana but her was defeated and killed.  This epic fight became known as the Battle of the Little Bighorn but the Native Americans calle it the Battle of the Greasy Grass.