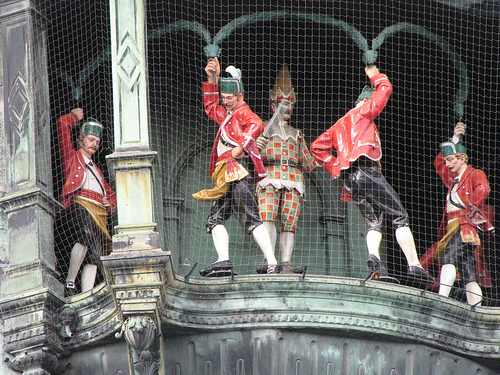 A plague hit Aix-la-Chapelle, Germany on this day in 1374–a dancing plague.  No one knows why a severe outbreak of “dancing mania”, also known as “St. John’s Dance” broke out in Germany but this dancing feaver quickly spread across the European continent, as far as Italy, Luxembourg and France.  Dancing mania saw men and women break into frenzied, erratic dancing that continued until they collapsed from exhaustion. The dancing outbreak was highly contagious and overtook entire townships. Some modern speculation point to physiological and sociological explanations for the mania.