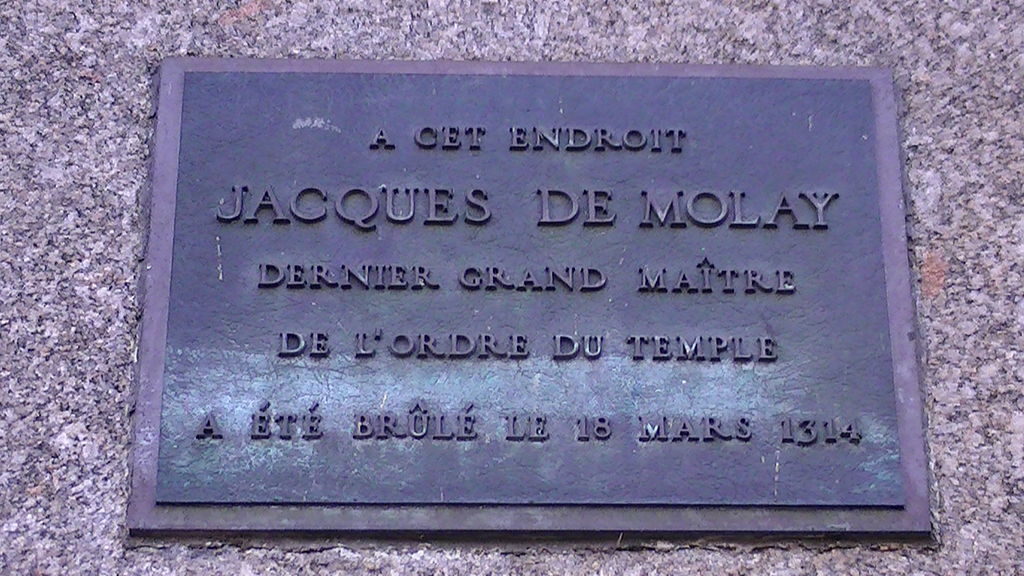 On this day in history, the 23rd and last official Grand Master of the Knights Templar, Jacques de Molay and a few other Templars, were sent to their death after enduring years of torture and other humiliations.

The Knights Templars were Crusades warrior monks.  The Roman Church granted the Knights Templar with near autonomous power, answering to no one other than the Pope.  But it was the Order’s enormous power that eventually led their downfall.  Over the years, the Order became extremely wealthy and at times acted as a bank throughout Europe.

King Phillip IV of France became financially indebted to the Templars. On Friday, October 13, 1307 (the origin of the “Friday the 13th” bad luck date), Phillip, who because of his indebtedness to the Order, demanded the arrest of all Templars. They were tortured into false confessions of heresy and eventually forced to disband.

However,  Jacques de Molay recanted his confession. As a result Phillip ordered him executed by burning at the stake on the Île de la Cité in Paris and his ashes scattered into the Seine so that no relics would be found. Today, there exists a marker on the site of his execution, located by the stairs from the Pont-Neuf bridge.