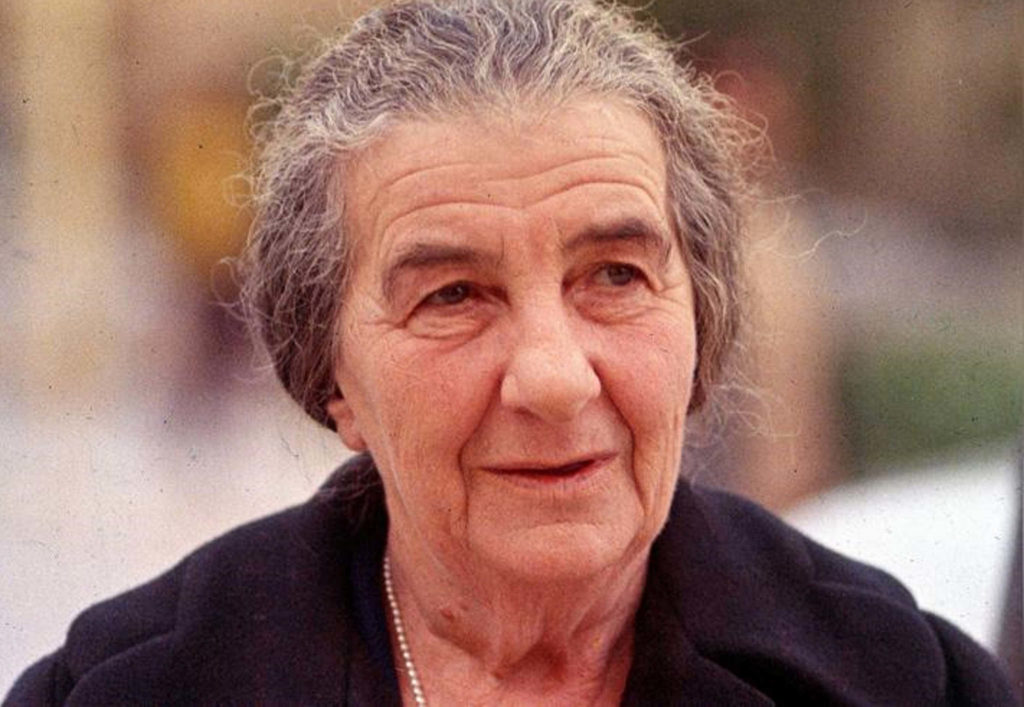 At a time in our history when more women are closer to obtaining the office of President or Prime Minister in countries around the world, it is worthwhile noting great female heads of state from the past. On March 7, 1969 Golda Meir became the Prime Minister of Israel. She was that country's first woman prime minister. David Ben-Gurion called her "the only man in the Cabinet". Meir was one of twenty-four individuals who signed the Israeli declaration of independence on May 14, 1948. The very next day the joint armies of Egypt, Syria, Lebanon, Transjordan, and Iraq attacked Israel in the Israeli War of Independence. During her tenure as Prime Minister, she led the country through the traumatic events of the 1960's and early 70's such as the massacre of the Israeli athletes at the Munich Olympics and the Yom Kippur War. Many of her critics though Golda Meir would be a temporary fixture until a man could be elected. However, she went on to win Israel's general election in October 1969. She won the general election again in 1973. Resigning in 1974, she died four years later.