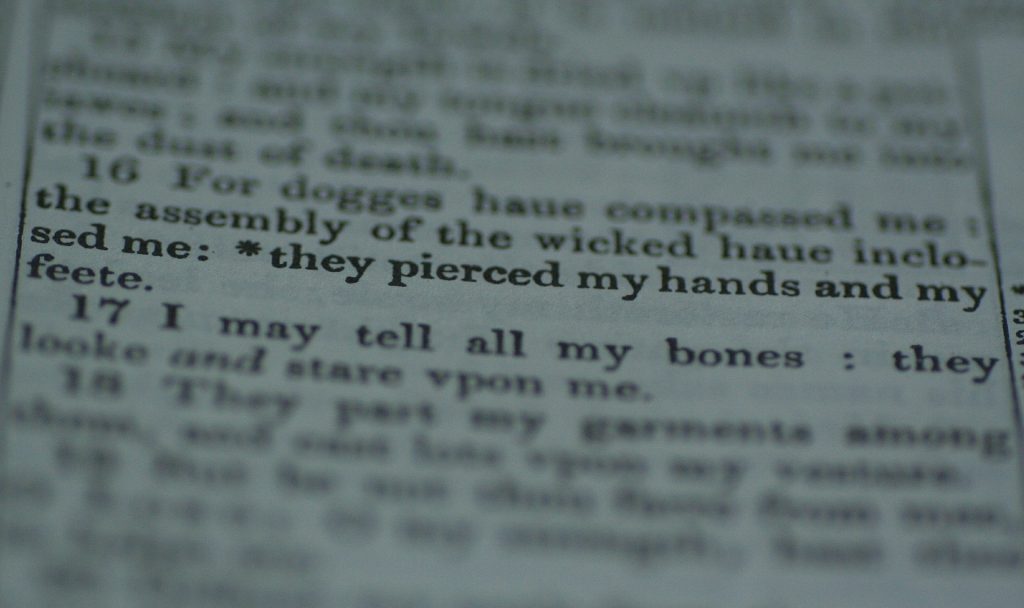 On this date in the year 1611, the King James Version of the Bible was first published. The year 2011 thus represents 400 years of the KJV’s influence on the English language. The King’s Printer, Robert Barker, began the project in 1604 at the command of King who faced the Puritan faction within the Church of England.

In 1604, James authorized that a new translation of the Bible into English be started. It was finished in 1611, just 85 years after the first translation of the New Testament into English appeared (Tyndale, 1526). The Authorized Version quickly became the standard for English-speaking Protestants. Its flowing language and prose rhythm has had a profound influence on the literature of the past 400 years.

James gave the translators instructions intended to ensure that the new version would conform to the ecclesiology, and reflect the episcopal structure, of the Church of England and its belief in an ordained clergy. The translation was done by 6 panels of translators (47 men in all, most of whom were leading biblical scholars in England) who had the work divided up between them: the Old Testament was entrusted to three panels, the New Testament to two, and the Apocrypha to one. In common with most other translations of the period, the New Testament was translated from Greek, the Old Testament from Hebrew and Aramaic, and the Apocrypha from Greek and Latin. In the 1662 Book of Common Prayer, the text of the Authorized Version replaced the text of the Great Bible for Epistle and Gospel readings