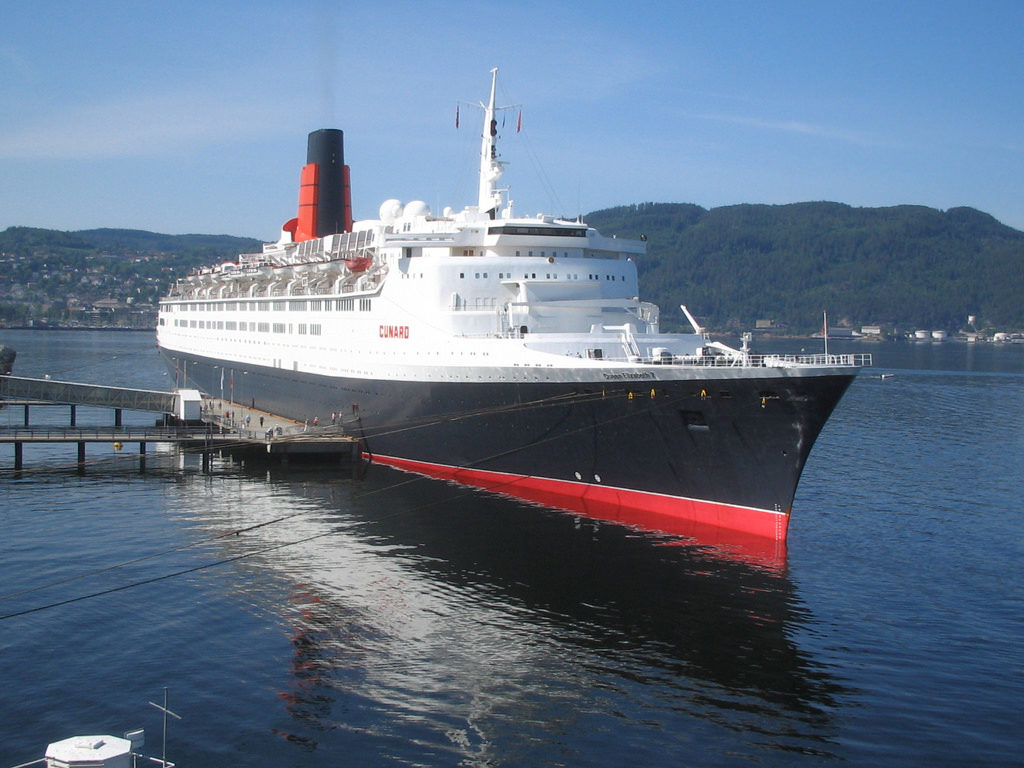 On September 20, 1967, Queen Elizabeth II launched the RMS Queen Elizabeth 2, fondly known as the “QE2”. The gold scissors she used to cut the ceremonial ribbon was the same pair used by her mother and grandmother to launch the Queen Elizabeth and Queen Mary. The QE2 was built and operated by the Cunard Line from 1969 to 2008. She was retired from active service and planned to be converted to a floating hotel at the Palm Jumeirah, Dubai.However, those plans have not yet been consummated.

Also on this day… On September 20, 1973, the world witnessed the famous “Battle of the Sexes” between tennis stars Bobby Riggs and Billie Jean King.  Riggs lost to King before 30,472 at the Houston Astrodome, still the largest crowd to watch tennis in the United States.