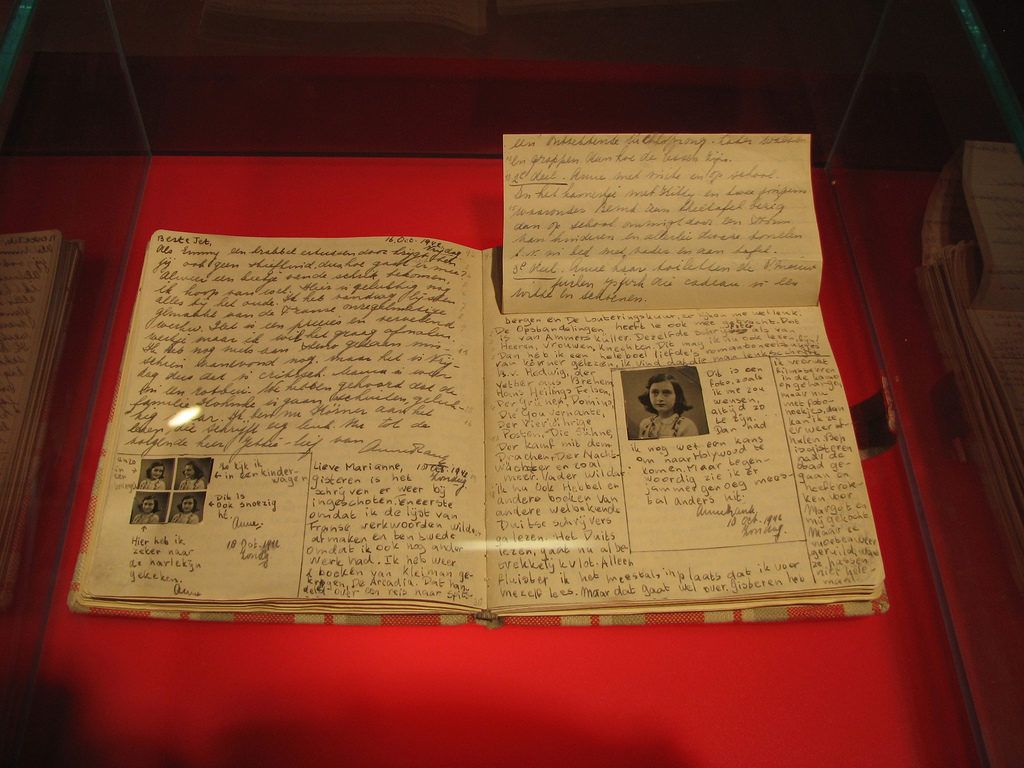 During the tumultuous time of July 6, 1942 until August 4, 1944, a teenage Jewish girl in the Netherlands kept a diary of her daily life of hiding with her family from the Nazis.  At that time many Jewish people were hiding and running from the threat of deportation by the Nazis to concentration camps. Hidden away in a small set of rooms in an office building, Anne Frank wrote faithfully every day, offering details of her thoughts about her relationships with her family and others hiding with her. Anne Frank’s diary had been translated around the world and is perhaps the most read account of persecution under Nazi Germany. Her last diary entry was on August 1, 1944. On August 4, 1944, the hiding place was stormed by the German Security Police who were acting on an anonymous tip. Anne Frank died of typhus in a concentration camp seven months later.