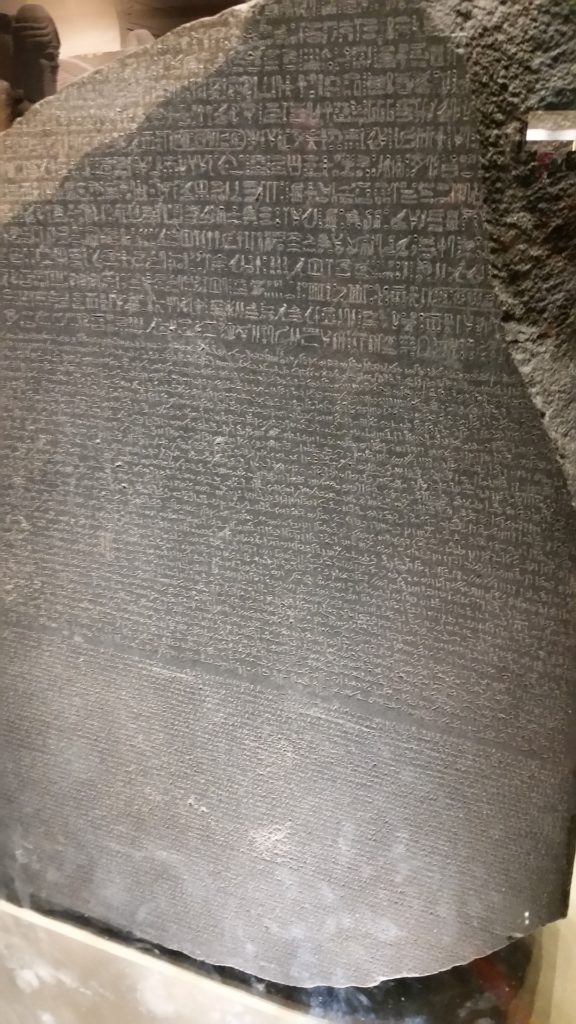 During the summer of 1799, soldiers of Napoleon Bonaparte’s army were demolishing a wall to increase the area of an existing fort in the Nile Delta. During their excavation, one of the soldiers spotted an usual stone in the wall while clearing away debris and overgrowth. The slab of stone held an inscription that scientists later determined were both Greek and Egyptian hieroglyphics. Another area of the stone held a demotic Egyptian engraving, a varient of the Egyptian language. The links to ancient Egypt’s written and spoken languages no longer existed because they evolved to Coptic and then to Arabic. Nonetheless, the Rosetta Stone appeared to repeat the same text in three languages. Until recently, the mystery of the Rosetta’s hieroglyphics has remained unsolved and untranslatable. Scholars acknowledge the value of translating the recognizable Greek it helped in the translatioin of the other languages and some rudimentary phonetics were derived. The now-famous Rosetta Stone provided the first solid translation of hieroglyphics ever accomplished and opened the door to scholarly translation of the ruins of the great Egyptian civilization.