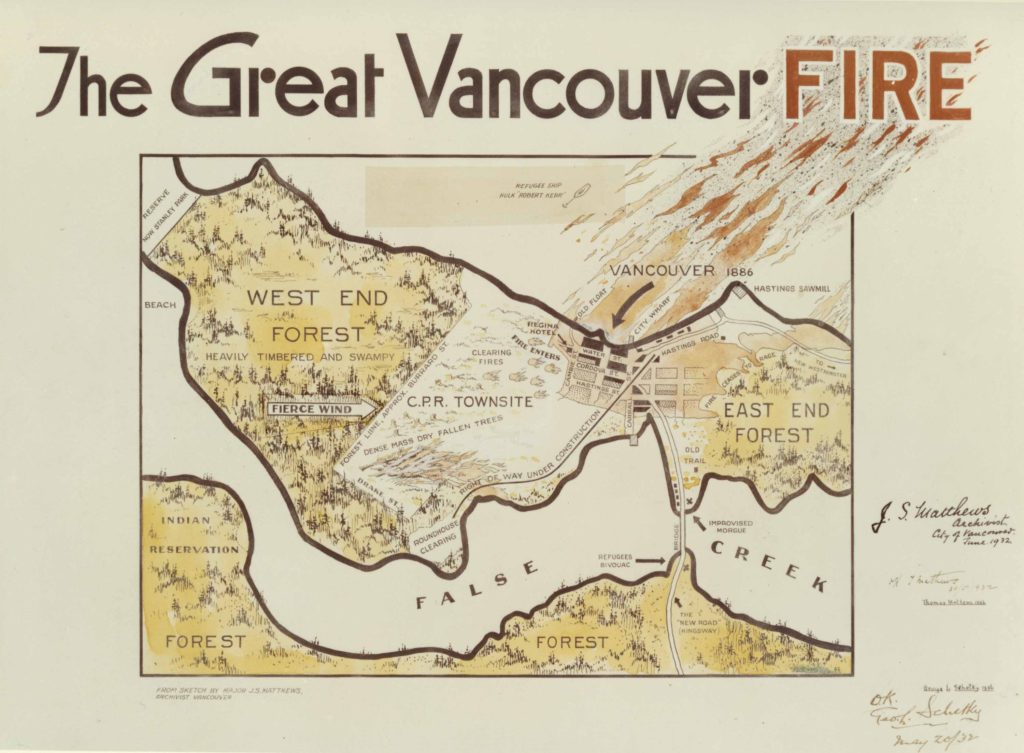 On June 13, 1886, the newly incorporated city of Vancouver, British Columbia nearly burned to the ground. Officials attempted to clear brush with a controlled fire between Main and Cambie streets. However, during the controlled burn a strong wind arose off the Pacific Ocean and it fanned the flames out of control. That almost almost burned the entire city to the ground.

The Vancouver Volunteer Fire Brigade was established on May 28, 1886. Just 16 days later, the Great Fire swept through Vancouver. Volunteer Hose Company No. 1 didn’t stand a chance as they had no fire engine and were still waiting on equipment to be delivered from Ontario. They had only axes and shovels to protect the city’s many lumber mills and wooden buildings. The men working on the clearing fires and volunteers from the town attempted to put out both fires with buckets, wet blankets and shovels

After this debacle only a few buildings remained standing but dozens of lives were lost. Within days, the city started rebuilding efforts including the construction of a water tower and the formation of a fire brigade. Despite the setback, the building boom had such momentum that Vancouver was rebuilt without pause, except to pay respects and to bury the dead.