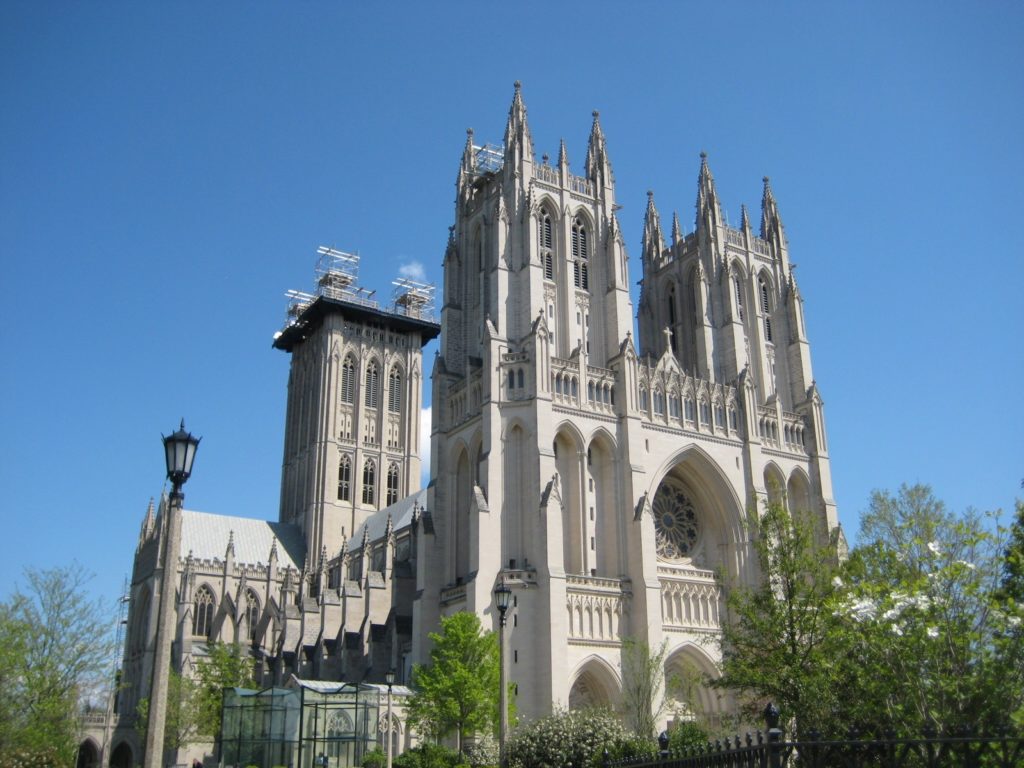 Construction on the Washington National Cathedral was begun on this date in 1907. Located at Wisconsin and Massachusetts Avenues in Washington, DC, the National Cathedral is a Gothic edifice belonging to the Episcopal Church USA. President Theodore Roosevelt presided over the laying of the foundation stone and construction continued for 83 years. The Catheral is listed on the National Register of Historic Places.

The Cathedral was designed and constructed in the 14th-century English Gothic style. Carved from Indiana limestone, the structure boasts a 30-story-tall central tower, an interior nine-bay nave and 215 stained glass windows, including one embedded with a moon rock. The cathedral is built in the shape of a cross, its length extends upto 530 feet (160 metres), and can seat about 4,000 people. The place is the house of worship that welcomes people of all faiths. The Cathedral is an Episcopal Church, but it’s constitution states that it is to be a “house of prayer for all people, forever free and open to all who may enter its doors.”

The Cathedral is sixth largest in the world. The church is also known as the Cathedral Church of Saint Peter and Saint Paul. And has played a central role in national ceremonies, including presidential inaugurations and funerals, while hosting hundreds of thousands of visitors each year.